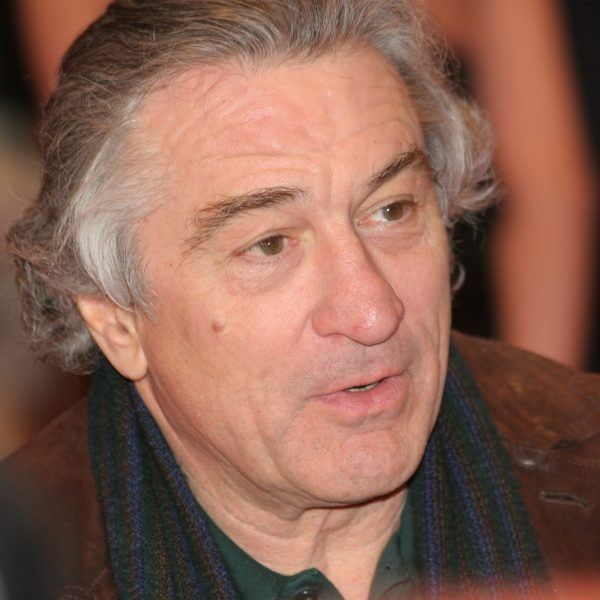 Look who was just slapped with an ugly #MeToo lawsuit.

It’s none other than notorious Trump-hater and actor Robert De Niro. [1]

The woman who brought the case against De Niro claimed he treated her as his “office wife” — and made her do “female duties, like housework” while underpaying her and denying her overtime pay.

She also says the liberal actor “urinated during telephone calls” and would greet her while wearing only his “pajamas or a bathrobe,” the suit says.

“Among other things, De Niro would direct Ms. Robinson to scratch his back, button his ties and prod him awake when he was in bed.”

One part of the suit also states that “De Niro also stood idly by while his friend slapped Ms. Robinson on her buttocks.”

The woman also claims she was forced to deal with De Niro’s inappropriate “jokes” about taking Viagra — and that he once told her to  “imagine him on the toilet.”

She says De Niro also told her she could get pregnant by using sperm from a male co-worker who is married.

The suit also contains an unhinged voicemail from De Niro to the woman.

In the recording, he dropped several F bombs and said, “You don’t answer my calls? How dare you! You’re about to be fired. You’re f***ing history.”

Gee, what a nice guy.

“Robert De Niro routinely subjected his longtime employee to creepy and abusive behavior,” Page Six [3] reported, “including leaving her voicemails … calling her a ‘b****” and a ‘brat,’ an explosive new lawsuit charges.”

“Graham Chase Robinson says for years she was the victim of ‘gratuitous unwanted physical contact’ from the Oscar winner, who also hurled ‘sexually charged comments to her’ when she worked at his production company, Canal Productions Inc.,” the outlet [3] also reported.

“Robinson’s allegations against the ‘Taxi Driver’ star are levied in a lawsuit filed Thursday in Manhattan federal court for gender discrimination and wage violations,” as Page Six also noted.

The woman said she was “forced to resign” recently “after rising to the position of vice president of production and finance.”

This is just more liberal hypocrisy from liberal men, in my view — think of Bill Clinton, Al Franken, Harvey Weinstein, Anthony Weiner and so many others.

The notion that Democrats are the party of “women” is, to me, a hilariously sad joke.

In addition, the same people who are condemning President Donald Trump for being some kind of “monster” are the real villains and predators.