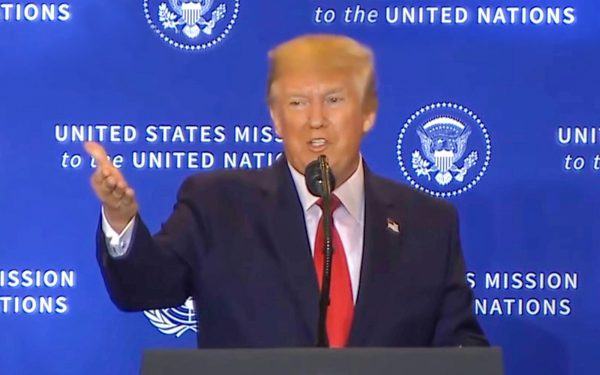 Rep. Elissa Slotkin (D-Mich.) went home this week to host a town hall — and was promptly booed and scolded for being a part of the “coup” against President Donald Trump.

When you watch this video, you’ll see that this is probably one of the most “sensible”-looking crowds of upper-middle-class voters.

These are not radical protesters storming the gates and overtaking a town hall — as we’ve seen liberals do in the past.

These are clearly well-informed, educated people who are not the least bit interested in impeachment.

While a few in the crowd applauded the Democrat impeacher, the naysayers who won the day.

They booed loudly and they asked very pointed questions.

One man wanted to know what the “rush” was with impeachment.

He pointed out that impeachment is the most serious offense — and wanted to know why on Earth they were trying to impeach Trump for this phone call in July with the Ukraine president.

Another voter told the lawmaker, “When you fell off the cliff for me was when you joined the coup against our president.”

Sensible people can see right through this sham that the Democrats are trying to pull.

They may have the fringe kooks jumping for joy over impeaching Trump, but those kooks do not represent the average American.

“To make matters worse” for Democrats, “a new poll found that 57 percent of Americans support Trump’s efforts to investigate [corruption].”

“Even worse for the former vice president, the IBD/TIPP Poll found 57 percent to 37 percent support for a Biden probe, specifically a Justice Department investigation of Joe Biden and his son regarding their actions in Ukraine and China. Hunter Biden also had ties with an investment firm that raised funds in China,” noted Investors Business Daily.

WATCH: House Democrat Elissa Slotkin gets booed at a Town Hall in Michigan after announcing she supports impeaching President Trump.

"When you fell off the cliff for me, was when you joined the coup against our President." pic.twitter.com/VMMRM2FKhZ [2]

Do you think the Dems are committing “political suicide” with this impeachment move?