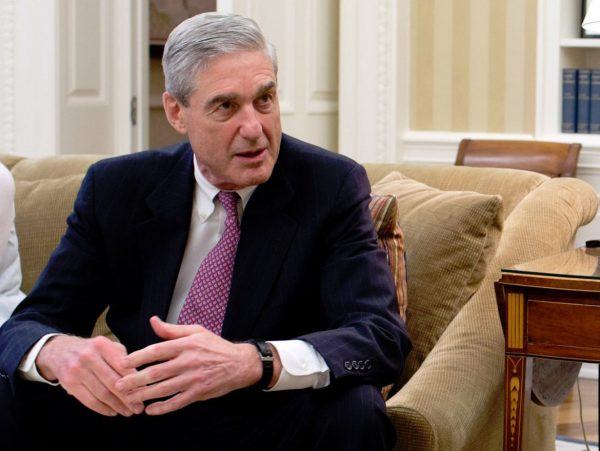 Several White House officials have told Fox News [1] that former special counsel Robert Mueller was, in fact, pursuing the job of director of the FBI — something he previously denied under oath.

Related: 25 Most Incredible Reactions to Mueller’s Appearance Before Congress [2]

Chalk it up as yet another instance of President Donald Trump’s being able to say, “I told you so.”

Trump took to social media this past July to say, “It has been reported that Robert Mueller is saying that he did not apply and interview for the job of FBI Director.”

“Hope he doesn’t say that under oath in that we have numerous witnesses to the interview, including the vice president of the United States!” the president added.

-Investigation into origins into Russia probe to be released this month

-DOJ investigation w/John Durham is rapidly expanding due to how much they are finding pic.twitter.com/PZDTaty0e2 [3]

During congressional testimony in July in which Mueller was under oath, he denied pursuing the position.

“My understanding was I was not applying for the job,” Mueller stated.

“I was asked to give my input on what it would take to do the job.”

Here he is testifying that he was not interviewed as a candidate:

Emails released by Judicial Watch [5] show Mueller knew he would be named special counsel if he wasn’t appointed as director, something the president has argued demonstrates a conflict of interest.

Then-Deputy Attorney General Rod Rosenstein had talks with Mueller about being special counsel before he met with the president about the FBI director job.

“The boss and his staff do not know about our discussions,” Rosenstein wrote, referencing either the president or former Attorney General Jeff Sessions.

EXCLUSIVE: Multiple administration officials tell @BretBaier [6] and myself that when Robert Mueller met with President Trump in May of 2017, Mueller was indeed pursuing the open post as the director of the FBI – something the former Russia probe special counsel denied under oath.

In other words — Mueller went into his meeting with the president knowing full well he would be named special counsel.

“I am with Mueller,” Rosenstein wrote the day before the meeting with Trump.

“He shares my views. Duty calls. Sometimes the moment chooses us,” added Rosenstein.

John Dowd, attorney to the president during the Russian hoax investigation, said Mueller’s actions were the “most dishonorable conduct I have ever witnessed.”

“Capt. Robert Mueller, USMC, sits in front of his commander-in-chief being interviewed for FBI director knowing he is going to investigate the president and never says a word,” he fumed.

But Mueller did say a word or two under oath.

And those words contradict what actually happened.

Will Mueller, who dragged multiple Trump associates through the mud over process crimes and perjury charges, be charged himself?