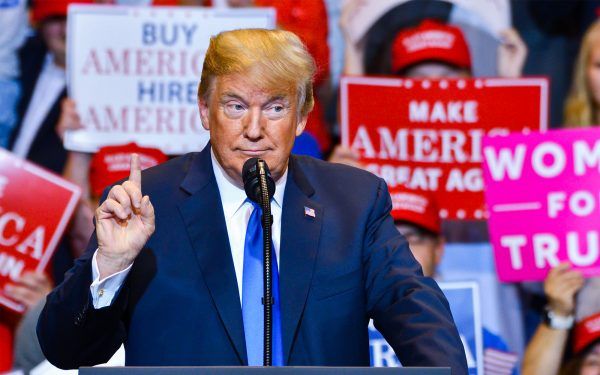 And this incident should make viewers, yet again, look very skeptically at what the mainstream media shares with them on a regular basis and declares about so-called news.

The network showed footage on Sunday from a Kentucky military show back in 2017 — but claimed it was a violent bombing scene taking place right now in Syria.

Then, when it “realized” the error, it corrected it and tried to explain it away.

“Are you distrustful of the coverage of what is happening now in northern Syria between the Kurds and the Turkish army? You have good reason to be,” as the Washington Examiner [1] noted of the incident.

“ABC aired supposedly shocking footage Monday and Sunday purporting to be from the frontline battle between the Syrian Kurds and the invading Turks [2]. The only problem is: The footage appears to come from a nighttime machine gun demonstration at the Knob Creek Gun Range in West Point, Kentucky.”

“As of this writing,” the Examiner also noted, “it appears ABC indeed aired footage recorded in the Kentucky and claimed it was from Syria.”

“The network has since pulled the video.”

“We’ve taken down video that aired on ‘World News Tonight Sunday’ and ‘Good Morning America’ this morning that appeared to be from the Syrian border immediately after questions were raised about its accuracy,” a network representative told the Examiner [1].

Check out more information and reaction below — and share your thoughts.

Should be major FCC fines and a couple of people fired. Until stations start fact checking, there needs to be serious consequences for this type of blatant laziness and lack of professionalism.

CAUGHT: ABC blatantly propagandizing on behalf of the Military Industrial Complex airing fake footage of what it described as Turkey bombing Syria. https://t.co/aHZMiXwGyP [14]