Melania Trump Barely Arrives in Wyoming When She Is Mocked Again

The first family is under almost constant assault on social media from anti-Trumpers — and one never knows where the rude writers are going to go next.

But one thing’s for sure.

First lady Melania Trump is a regular target — by both hecklers and by members of the liberal media, sadly enough.

This week she’s traveling to Wyoming to celebrate some of America’s most amazing national parks — and to stress excellence, open air and good health for America’s schoolchildren.

She shared this tweet yesterday of her two-day trip this week.

And see the tweets below it as well.

First Lady Melania Trump will travel to Wyoming tomorrow to visit some of America’s National Parks as a part of her #BeBest campaign. FLOTUS will meet with children to encourage them to spend more time outdoors and learn about our National Parks.https://t.co/8BX32NzCwA

First Lady Melania Trump is in Jackson, Wyoming on a two day trip to promote #BeBest. FLOTUS will meet with 4th graders today upon arrival. She is scheduled to visit Teton National Park tomorrow at 9:30AM and then Yellowstone National Park at 12:30PM. #PoweroftheFirstLady pic.twitter.com/WVzRVHN9K4

Melania T will speak about the “Every Kid Outdoors” initiative, which offers passes to schoolchildren for free access to National Park Services lands. #BeBest #PowerofEveryChild pic.twitter.com/6aF8sbtSDg

Then Wyoming will be even more Beautiful! pic.twitter.com/DPestYbwSE

Fortunately, a few brave souls are publicly giving her the credit she is due — and expressing the way millions more Americans actually feel.

But unfortunately, criticism these days flows too quickly and too sharply from the anti-Trumpers — and for no fault of her own.

Look at these tweets:

Trump tried to hike fees and cut budgets for #NationalParks, he wants to drill for oil in the #Arctic and mine uranium next door to the #GrandCanyon – but sure, Melania just looooves our national parks. #BeBest https://t.co/utN0P2GGnD

“For those of us who follow the first lady, it’s been harder [than with previous first ladies] to really assess what Mrs. Trump is doing. There’s sometimes no rhyme or reason to it.” https://t.co/e5GHy6kaI7

Think about what’s transpired just recently, before this trip.

When Melania Trump posted images not long ago announcing the Christmas planning she’s begun doing at the White House for this year’s holiday season, people on Twitter went haywire.

All she did was write, “#Christmas planning has begun in the East Wing at the @WhiteHouse. I’m looking forward to sharing our final vision for this unique tradition in the coming months.”

A lovely message! It was cheerful, upbeat, sweet.

But lo and behold, trolls ostracized her relentlessly.

Pictures of immigrant children in pens were shown in response, featuring such subtitles as, “What kind of Christmas will they be celebrating?” and “Will children still be in cages at the border?”

We can only expect that Twitter will light up with anti-Trump sentiments once Melania Trump — gracious, elegant, smart, thoughtful, beautiful — unveils her new designs soon for this year’s Christmas at the White House.

Last year, she was endlessly mocked for the beautiful scarlet trees that lined the entryways.

What message is Melania Trump sending with her red Christmas trees of death? https://t.co/zYLt4Xiln4 pic.twitter.com/pOc3okyq0T

She was also mocked for the gorgeous white trees the year before that.

Recently, our wonderful first lady was harshly criticized for a coat she wore in a picture that President Donald Trump tweeted out at the time of the 9/11 anniversary ceremonies.

Scoffers said the stitching on Melania Trump’s coat looked like a skyscraper.

Is…is that a plane crashing into one of the twin towers in the back of Melania’s coat?!? pic.twitter.com/7hhBjooU4z

These same individuals claimed the design next to the button flap on the bottom of her jacket showed the World Trade Center towers being struck by a plane.

Former “Bachelor” contestant Ashley Spivey tweeted on September 11, “I’m sure I’m not the first one to spot this, but who in the world thought it was a good idea for Melania to wear this coat in the 9/11 photo? It legit looks like an object is flying into a tower or the Washington Monument.”

The media also went after first daughter Ivanka Trump and her toddler on September 29. (That’s right: Adults who should know better rudely use social media and other means to take out their political frustrations on kids.)

Actor Mark Hamill, known for his role as the iconic Luke Skywalker in the “Star Wars” franchise, didn’t care for Ivanka Trump’s tweet of her son wearing a Stormtrooper costume. Ivanka had captioned the photo, “The Force is strong in my family.”

The tweet garnered a lot of criticism because it picked on a defenseless three-year-old child.

Hamill should pick on someone his own size, many people said. Yet it didn’t stop there.

Even for fervent anti-Trumpers, this is low — but it’s nothing new.

Katie Rich of NBC’s “Saturday Night Live” in 2017 was suspended for a post in which she said that Barron Trump, age 10 at the time, “will be this country’s first homeschool shooter.”

Chelsea Clinton — who spent a big chunk of her youth in the White House — responded to that on Facebook: “Barron Trump deserves the chance every child does — to be a kid.”

No kid should be picked on simply because people object to his or her parents’ views or political party or decisions. It’s just offensive and cruel.

And as many people recall, no one — or at least very few people — viciously attacked the Obama children while they were growing up.

However, it’s somehow a free-for-all when it comes to the Trump family today.

Our amazing first lady can’t prepare for Christmas at the White House; she can’t wear a coat or jacket, apparently, with any stitching or any words on it; the Trumps’ son, Barron, is a target of gross comments; and one of the young children of Ivanka Trump and Jared Kushner apparently can’t wear an adorable Halloween costume without criticism. And that’s just a smattering of the criticisms.

What in the blazes is wrong with some adults?

When Melania Trump shares the details of her activities in Wyoming this week on behalf of America’s children, those on the Left should take a breath — and celebrate the good she is doing.

And when she releases the early views of her sure-to-be-stunning White House Christmas decorations this year, those on the Left should also take a breath — and appreciate what’s shown to them and to all Americans, and what is done on their behalf.

We know, instead, what’s going to happen.

We can always hope, though. 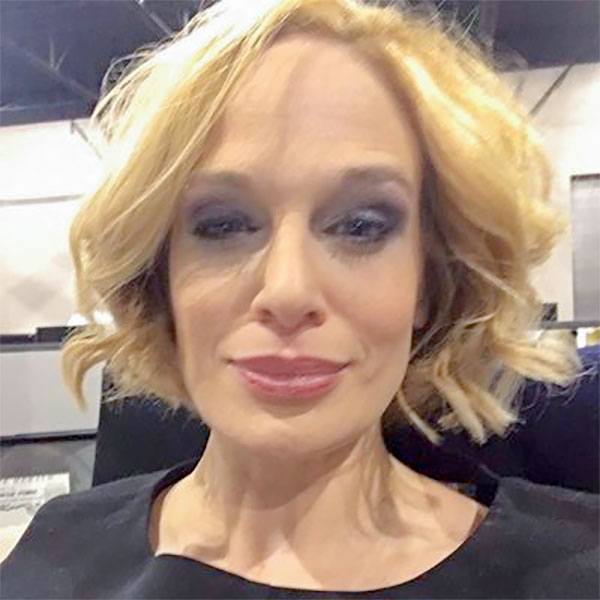