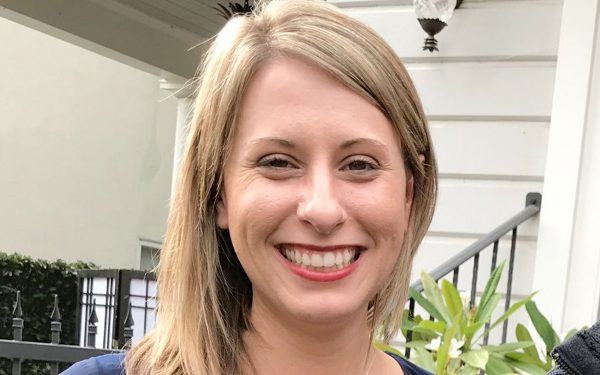 Rep. Katie Hill (D-Calif.) resigned on Sunday after charges that she engaged in an affair with a congressional aide were made public earlier this month, as The Los Angeles Times, Politico and other outlets reported early Sunday evening.

Hill announced her news in a statement, saying she was stepping down from Congress “with a broken heart.”

She also said it was “the hardest thing I have ever had to do.”

The resignation is a dramatic turn of events for the Democrat, who was elected to the House of Representatives in the fall 2018 midterms.

Hill, 32, was under investigation by the House Ethics Committee, as Politico noted, for allegations of an improper sexual relationship with a male congressional staffer, a claim she denied.

But Hill admitted to and apologized for an “inappropriate” relationship [1] with a female campaign staffer earlier this past week.

Recently leaked photos and text messages indicated Hill was engaged in a long-term, three-way sexual relationship involving her estranged husband and a female staffer, as The Political Insider and other outlets reported.

It is with a broken heart that today I announce my resignation from Congress. This is the hardest thing I have ever had to do, but I believe it is the best thing for my constituents, my community, and our country.

See my official statement below. pic.twitter.com/nG97RQIwvO [2]

“I know that even a consensual relationship with a subordinate is inappropriate, but I still allowed it to happen [1] despite my better judgment,” Hill wrote in a letter to her constituents.

“For that I apologize,” she added. “I wish nothing but the best for her and hope everyone respects her privacy in this difficult time.”