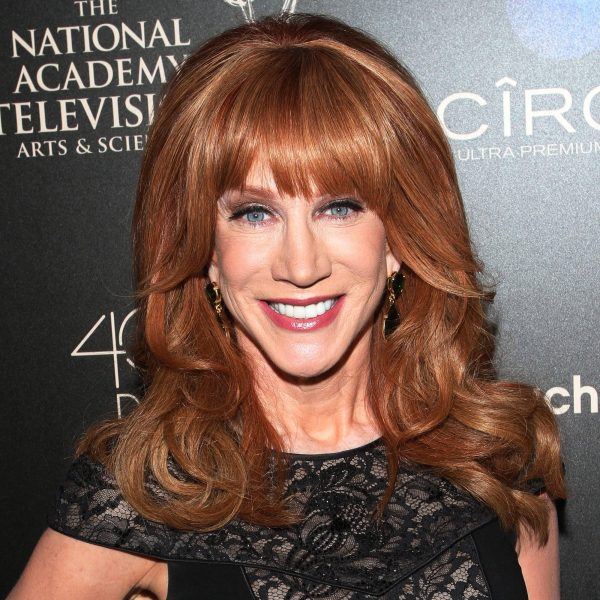 Unsuccessful comedian Kathy Griffin [1] — long a Trump hater — is now facing the reality that she may lose her house.

Related: Kathy Griffin Whines That Her Trump Photo Stunt Made Her ‘Unemployable’ and ‘Uninsurable’ [1]

This is all thanks to the failed liberal policies in her home state of California, in my opinion, which have led to more massive wildfires there.

The fire also is coming very close to the Getty Center Museum, which is home to works by Rembrandt and Van Gogh.

Here’s an image of Griffin’s home:

Griffin filmed the raging fire from her own driveway and posted the video on Twitter.

And here’s how the Daily Mail explained the story:

A wildfire swept through the star-studded hills of Los Angeles on Monday, destroying several large homes and forcing celebrities like Kathy Griffin, LeBron James and Arnold Schwarzenegger to flee along with thousands of other people.

Terrified students at Mount Saint Mary’s University were also forced to flee around midnight, taking what they could in their cars, as the flames ramped up toward the campus. Classes at UCLA were also canceled.

The flames roared up a steep hillside near the J. Paul Getty Museum in Los Angeles’ Brentwood section illustrated the danger the state faces as high winds batter both ends of California and threaten to turn any spark into a devastating inferno. (source: Daily Mail) [2]

You can watch the video below, complete with some blunt language from Griffin in her tweet, which she posted on Tuesday afternoon:

No, I’m not one of those a-holes stopping on the side of the freeway to get this video. Took it from my driveway. Endless thanks @LAFD [3] @LAPDHQ [4] and all first responders. They are tireless heroes! #GettyFire [5] pic.twitter.com/NCFSq5fKFR [6]

This piece originally appeared in WayneDupree.com [8] and is used by permission.