Gary Thomas: ‘In God’s Eyes, Your Work Is Urgent and Valuable’

Virtually every good work is eventually besieged by toxic attacks.

The more important the work, the more you can expect attacks.

Thus, to complete your work, you have to learn how to recognize, disarm, or step aside from such attacks.

In other words, you have to learn how to play defense.

Abraham Lincoln lived with a compelling sense of urgency as he faced vicious personal attacks, one right after the other. Lincoln’s personal writings make clear that he believed his destiny before God was to preserve the relatively new experiment called democracy.

Lincoln believed preserving the world’s largest democratic nation intact was worth fighting for, and the cost of that conflict (hundreds of thousands of men’s lives) was such that he was maligned, ridiculed, challenged, and all but ordered to stop.

Here’s how he responded: “If I were to try to read, much less answer, all the attacks made on me, this shop might as well be closed for any other business. I do the very best I know how — the very best I can; and I mean to keep doing so until the end.” 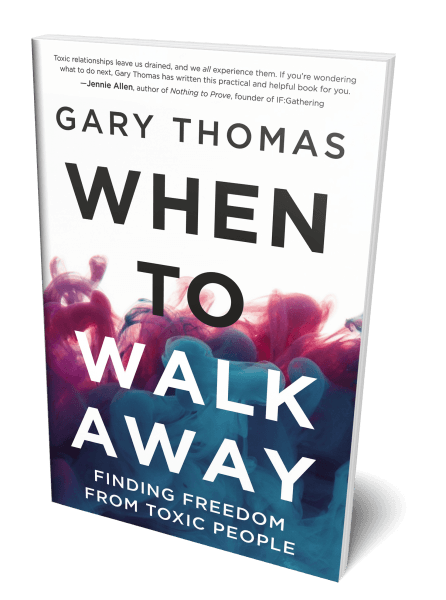 Today, 123 out of 192 countries claim to be democracies (whether they actually are, of course, is a matter of fair debate). Abraham Lincoln was treated viciously by toxic people, but the legacy he left behind, the work he accomplished, his ability to show that holding a democracy together is possible even when citizens violently disagree with each other, has dramatically shaped world history.

Your mission may not be as visible. It likely won’t be celebrated (or challenged) in history books. But in God’s eyes, it is no less urgent and valuable.

As did Abraham Lincoln, you will soon learn that any God-given mission attracts opposition, and that’s where toxic people come into play. This was a lesson I had to learn when I first entered a bit of public ministry, as I was initially surprised by the intensity of the personal attacks.

I don’t want to intentionally hurt anyone. I mean that. I try, before God and by his grace, to live by Romans 13:10, which teaches that “love does no harm to a neighbor” (emphasis added). In fact, I don’t remember the last time I intentionally harmed someone, verbally or otherwise.

Knowing my intentions before God, it was a bit of a shock when people started attacking me.

Added to this was the sometimes seemingly deliberate misrepresentation. I have had to come to grips with the fact that people have lied and will lie about me; they will rip a few sentences out of context, twist a few passages, and make me sound like I believe something I don’t because they need something to be angry about and oppose.

And they’ll post it all online, for others to see.

It has taken me too long to learn that it’s often best to simply not respond. And I hope to help deliver others from engaging in “fantasy arguments” with toxic people in your head or “Facebook fights” online.

Armed with an acute sense of mission, you will realize that sometimes (though not always) defending your reputation is a waste of time.

Our mission is not to seek out and defeat toxic people.

In most instances, unless we have vocational authority over them, our job is to ignore them so we don’t get distracted from our mission to love others.

The mission is our focus; toxic people are merely the distraction we need to avoid.

Christians are called to love generously and even sacrificially, and that includes loving some very difficult people.

If you think your job is to spot and confront toxic people for the sake of stopping toxic people, you’ll miss the entire point.

Service comes first; everything else flows from that.

If I’m driving down the highway eager to get somewhere, I’m not going to stop whenever I see litter on the roadside. However, if something is blocking the road, I have to stop the car, jump out, and move it out of the way to get to where I’m going.

That should be your attitude with toxic people. Leave them in the hands of God when you can.

Confront and remove them when you must.

But always keep your focus on seeking first the kingdom of God.

Gary Thomas is an evangelical minister and the best-selling author of “Sacred Marriage” and “Cherish.” This article is taken from “When to Walk Away” by Gary Thomas. Copyright © 2019 by Gary Thomas. Used by permission of Zondervan, www.zondervan.com.