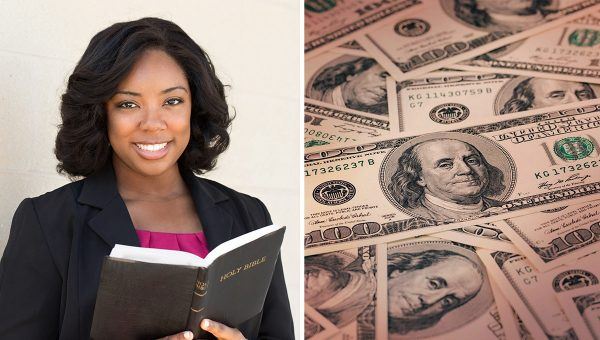 Nationally syndicated host and biblical investing authority Dan Celia — who has written op-eds for LifeZette [1] from time to time — has made a point of meeting with senior executives from several major corporations over the past six months.

His message to these corporate leaders was and is very simple.

“As we fight the culture war — not necessarily in a better way than any of our fellow warriors but certainly in a different way — we are asking that American companies not be persuaded by a politically correct or socially conscious agenda. They should not lose focus of the mandates given to them by their boards for the benefit of their companies and stockholders,” Celia told these leaders.

He and his team shared those comments with LifeZette this week.

“We are asking that they finance their ideology with their personal finances, not corporate profits,” Celia also said.

He also had another important point here.

“I am also in the process of meeting with leaders of the faith community and investment community in the hope of convincing corporations not to come alongside us in fighting the culture war,” he noted.

“Instead, we want to convince them to stay out of the culture war on both sides — and to spend all their financial resources to benefit the companies they operate. I simply asked them to just say ‘no’ to these causes and agendas and reminded them that they have responsibilities to support their company — to make it the best it can be.”

Related: Faithful Have an Opportunity to Use Their Investment Dollars to Promote Christian Values [2]

Celia believes this strategy is working.

He pointed to a new article in CNS News; [3] there, he noted that some big businesses know choosing sides will alienate Christian investors who have a powerful place in today’s economy.

“Christian investors must keep praying and continue to keep pressure on corporate America for the Kingdom,” Celia said in comments shared with LifeZette.

“I believe we are making headway — and if we can keep corporate America from financially supporting some of the agendas that grieve the heart of God, this will be pleasing to our God.”

As Celia’s CNS News article also pointed out, “Top companies know that Christian investors are paying attention to their actions, and the faithful are knowledgeable and passionate about how their God-given resources are used. Over the past several years, I have seen a dramatic increase in the number of investors who want to honor God with the money He has entrusted to them.”

“And more and more of America’s top companies are finally listening and starting to respect this biblical stance in investing,” he also said.

“Biblically responsible investing, or BRI, has grown exponentially as Christians become more aware of how their money is being used.”

“They want to ensure that their resources, which are God’s to begin with, aren’t invested in companies that ultimately displease God,” he added.

Celia discusses these and other key global and economic issues on his three-hour-a-day “Financial Issues [4]” program. His program can be heard on more than 650 radio stations and several television networks nationwide.