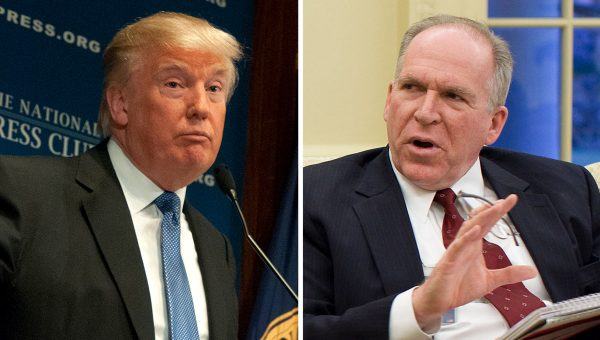 U.S. Attorney John Durham’s probe into potential FBI and Justice Department misconduct in the run-up to the 2016 election through the spring of 2017 is now a criminal investigation.

That’s according to two sources familiar with the investigation, as Fox News reported on Thursday night and as the Fox News [1] website noted as well.

“One source added that DOJ Inspector General Michael Horowitz’s upcoming report on alleged FBI surveillance abuses against the Trump campaign will shed light on why Durham’s probe has become a criminal inquiry. Horowitz announced on Thursday his report would be available to the public soon, with ‘few’ redactions,” the outlet also noted.

The investigation was first launched by Barr earlier this year to answer questions he had about why the FBI began the counterintelligence investigation that eventually led to the appointment of special counsel Robert Mueller.

“However, escalating Barr’s inquiry from a management review to a criminal matter means current and former FBI and Justice Department officials face the possibility of criminal charges arising from some aspect of their work on the Russia investigation,” as Politico pointed out.

Durham’s investigation had expanded significantly based on new evidence that was uncovered during a recent trip to Rome with Attorney General Bill Barr, as Fox News reported earlier this week.

Among those who will be under the newly hot microscope: former FBI director Jim Comey.

Read more on this developing story here [1] — and see this video.

And see these reactions as well.

BREAKING: Durham is pursuing lines of criminal investigation that the CIA may have willfully misled the FBI into opening the Russia investigation under false pretenses

"Expect Conspiracy Charges to Come Out of This" – George Papadopoulos Reacts to News That Durham Probe Is Now a Criminal Investigation @GeorgePapa19 [5] https://t.co/eKzbgot8ic [6] via @gatewaypundit [7]

This is BIG. So big that the MSM can’t ignore it.