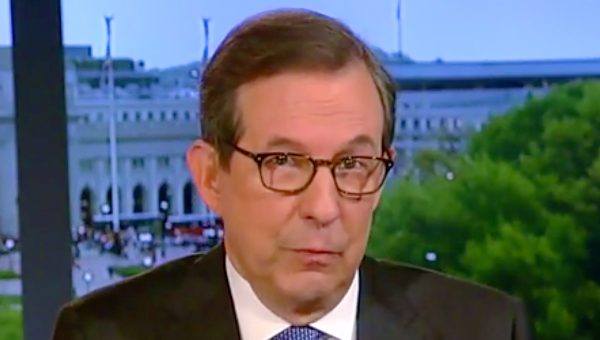 House GOP staffers are set to talk with President Donald Trump on Thursday afternoon after the vote in the House of Representatives on the impeachment resolution.

The vote passed along mostly party lines, by a vote of 232-196, with two Democrats siding with Republicans and voting against House Speaker Nancy Pelosi (D-Calif.). [1]

Speaking on the Fox News Channel on Thursday afternoon, anchor Chris Wallace called the vote all part of an “historic resolution to move forward with the impeachment inquiry” against the president.

“That clears the way for public hearings … including interviews with key witnesses,” said Wallace in part.

Stephanie Grisham, the White House press secretary, told Fox News’ “Outnumbered Overtime” [2] earlier in the day about all of this, “It was never due process for the president of the United States, and I’ve got to say, Nancy Pelosi has lost all control over there. That is clear.”

“Phase one of this impeachment sham was all behind closed doors,” she added. “Now they’re moving to phase two, which is supposed to be public.”

“I’m wondering from … the first phase, are we going to be able to see any of the transcripts or know what was said? Is any of the first phase going to come to light, or are we just starting phase two? And — we don’t know the rules yet — for the White House. Are we going to get to even be involved? I don’t think so. It’s my understanding that we’re not going to get to defend ourselves until it goes to the Judiciary Committee.”

“And that’s not how it works in America,” added Grisham. “In a court of law, you’re innocent until proven guilty. Here, we’re clearly guilty and have to prove our innocence, which won’t be a problem, because we already released a transcript showing the president did absolutely nothing wrong.”

House Minority Leader Kevin McCarthy (R-Calif.) [4] talked on Thursday about the “unfair process” that’s been occurring — and that clearly this was not a bipartisan effort.

Rep. Adam Schiff (D-Calif.) said that Democrats “take no joy” in what’s going on — “but neither do we shrink from it.”

To Wallace’s credit, later in the 3 p.m. broadcast of “Fox News Reporting,” he pushed Rep. Eric Swalwell (D-Calif.) strongly about how this impeachment push is going to “soak up” all the time and attention in Washington, and that Pelosi had promised months ago that she would only move forward with an impeachment inquiry vote if the effort were truly “bipartisan” — and that today’s vote seemed anything but.

See these tweets with more information — and share your thoughts as all of this continues to play out.

Tim Morrison's testimony destroys Schiff's narrative, which is why Schiff insists on all these interviews happening in secret.

That way he can lie about what witnesses say and prevent the truth from every seeing the light of day. https://t.co/JZPNYuTyn2 [5]

NEWS: CBS News has learned NSC's Senior Director for European Affairs Tim Morrison was on the Trump-Zelensky call and told the investigating committees, "I want to be clear, I was not concerned that anything illegal was discussed." cc @MajorCBS [7]

Today’s vote has been a long-anticipated move by Speaker Pelosi and her caucus. Since day one of @realDonaldTrump [9]’s presidency, Democrats have been on a mission to undo the will of the people.