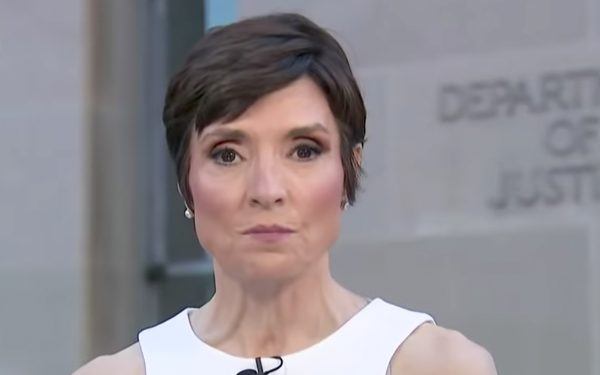 Readers have been weighing in on the news that Catherine Herridge, a Fox News Channel veteran reporter — who’s been with the network since its founding back in 1996 — is leaving there and moving over to CBS News.

Related: At Fox News, Another Prominent Correspondent Leaves After Many Years [1]

“She will work as a senior investigative correspondent out of Washington, CBS News said, and will start in November,” Variety [2] noted on Thursday morning.

The network itself also released a statement about the news early on Thursday morning on Twitter.

The CBS News announcement quoted Herridge as saying, “I feel privileged to join a team where facts and storytelling will always matter.”

See these 10 comments below, all posted by readers this past Thursday on both the LifeZette site itself and on Facebook.

And be sure to share your own thoughts on this news.

2.) “Wow, this is unfortunate. Know she had wanted to be an anchor, but I doubt she’ll get that at CBS, either. New colleagues will be suspicious [and] hostile, and she can’t possibly get more respect there than she had earned at FNC … She will be hard to replace.”

3.) “I hate to see her leave. She has always been a real professional. Sorry that I won’t ever be watching her again!”

4.) “I am sure she will only be allowed to report the usual fake news, the major networks’ claim to fame.”

6.) “I am really sad to see Catherine Herridge go. She really is an unbiased reporter in the true sense of the word. I’ll miss her — as I don’t watch CBS, except for sports.”

9.) “It can’ t be a loyalty issue — it has to be the compensation. She is the ultimate professional. However, today she lowered herself to elementary child’s play!”

10.) “Sad! She is really good … and [I] find it hard to believe hard-left CBS will honor her integrity. Just want to shut her up?”