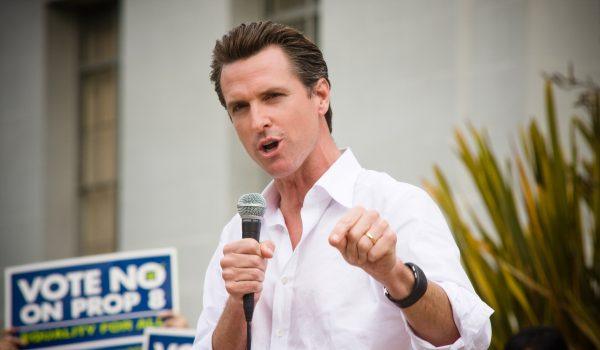 California is at it again.

The state just can’t stop pandering to people who are not Americans, as I see it.

In this latest outrageous move, Gov. Gavin Newsom [1] signed yet another bill that spits in the face of every law-abiding American by allowing illegal aliens to serve on government boards and commissions.

And if that’s not bad enough, a second measure Newsom signed into action bans federal immigration officers from making arrests in courthouses.

However, if an American broke the law — I’m sure that person could be arrested anytime and anywhere.

“California lawmakers continued the state’s expansion of rights and protections this year for immigrants who enter the country illegally,” as The Los Angeles Times explained, “with laws signed by Gov. Gavin Newsom allowing them to serve on government boards and commissions and banning arrests for immigration violations in courthouses across the state.”

Related: Movement to Recall Gov. Newsom: Is It Gaining Steam? [1]

“The efforts by Newsom and Democrats in the California Legislature to provide refuge to immigrants stand in sharp contrast to the policies of President [Donald] Trump, who continues to push for a new wall on the U.S.-Mexico border and also crack down on asylum seekers.”

Newsom capped off his anti-American acts by saying, “Our state doesn’t succeed in spite of our diversity — our state succeeds because of it.”

The problem with that statement is that his state isn’t succeeding.

It’s failing on nearly every level.

Many streets in big cities are covered in human feces and hypodermic needles; there’s a homeless epidemic; and millions of people are suffering through mandatory blackouts because the wildfires are raging across the state.

Newsom went on to say, “While Trump attacks and disparages immigrants, California is working to ensure that every resident — regardless of immigration status — is given respect and the opportunity to contribute.”