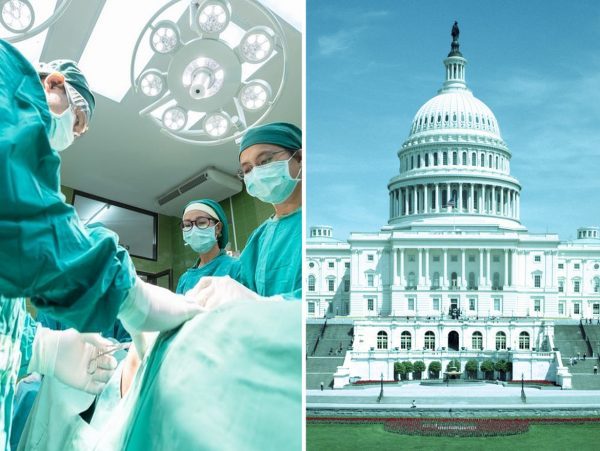 Political professionals would probably say the controversy currently swirling around President Donald Trump over potential impeachment is “drawing all the oxygen” out of Washington, D.C. [1]

That’s true in a way: The wall-to-wall television coverage makes it seem Congress is doing nothing except debate the president’s future [1].

However, some plants can thrive in oxygen-poor environments — and some ideas can as well.

Smart lawmakers need to beware: This may be exactly the time that House Speaker Nancy Pelosi (D-Calif.) and her special interest allies in D.C. try to pass some unpopular bills that would advance their radical agenda and move us closer to socialism.

For example, Democratic aides tell the Axios [2] news service that they are “optimistic about passing legislation to address high drug prices” — and that they “will almost certainly pass a drug pricing bill.”

That sounds good in theory.

After all, consumers always prefer lower prices to high prices.

And in a free market, prices tend to come down over time even as quality improves. Think of how much you paid for your most recent computer compared to the first one you ever bought.

But that’s not what Democrats in Congress and their allied liberal pressure groups are thinking about. Instead of a free and competitive market, they want to move further down Obamacare’s road to socialism.

Liberals want the prescription drug bill, for example, to “require direct negotiation [3] of drug prices between pharmaceutical companies and the federal government.”

But Pelosi’s bill wouldn’t lead to pricing talks; it would deliver price fixing.

The federal government would set the price on 250 prescription drugs [4], and would impose heavy penalties on any companies that refuse to see their drugs at that price.

The proposal would also use international prices [5] to attempt to set a ceiling on American prices. That would both harm consumers in other countries as companies raised prices on them (to drive up the average) and would harm Americans by reducing incentives for manufacturers to engage in research and development.

We could lose the next generation of drugs that Americans are counting on to treat chronic health problems.

We all obviously want lower health care costs. And in fact, costs have come down when free-market principles were applied to health care. Laser eye surgery, for example, is much less expensive than it used to be.

Related: Republicans Should Not Be Toying with a Socialized Medicine Precursor [8]

But the LHCC intends to reduce health care costs by setting prices for “out-of-network” health care.

Insurance companies love the idea, as they could take the LHCC’s price ceiling and then start pushing their own costs down from there, even if this meant eventually denying coverage to covered patients.

Some of the same folks who brought [10] you Obamacare are now promising that federal intervention in local markets will deliver lower prices. Right.

“If you fix the price that ER doctors work at, you will get a shortage,” he noted [11].

That gives the bill the all-important appearance of being bipartisan — and means Democrats could use it to explain how they are “getting something done” legislatively even while they focus on impeachment.

In fact, it would simply be another win for socialism by moving the beleaguered health care system further to the Left.

Brian Garst [13] is vice president of the Center for Freedom and Prosperity.