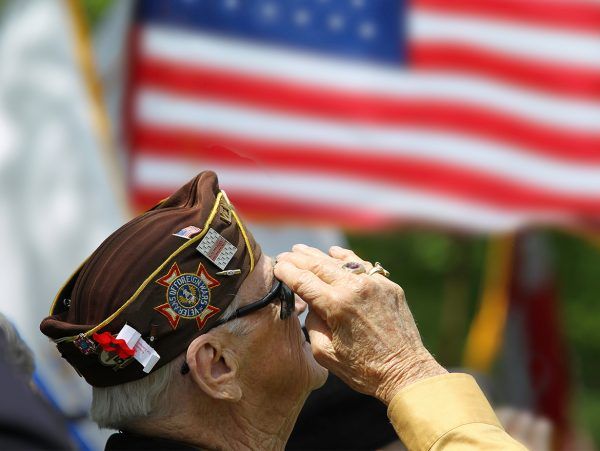 An 84-year-old former police officer and Korean War-era veteran who was working as a school crossing guard was fired and had his guns confiscated.

This happened after a waitress overheard parts of a conversation he was having with a friend at a diner and misunderstood them.

Stephen Nichols of Tisbury — in the Martha’s Vineyard area of Massachusetts — got the job as a crossing guard because he loves kids.

After his wife passed away, he reportedly needed something to occupy his time and his heart.

While he was at a local diner, Nichols was speaking to a friend about a school resource officer who apparently was constantly leaving his post to go for coffee in the morning.

Stephen Nichols criticized an SRO for leaving his post. A waitress overheard and took the conversation out of context.
Nichols, 84yo vet & crossing guard, was fired, deemed a “threat” and had his guns confiscated. He’d been carrying for 60yrs. #RedFlagLaws [2]https://t.co/3sLUFaTkBs [3]

Nichols said he was worried somebody would come in and “shoot up the school” while the officer was out on one of his coffee runs.

That’s the part of the conversation the waitress overheard — which she reported to the police.

That’s right. She heard, or thought she heard, him say something about a “school shooting.”

Now, the man has lost his job — and his guns and gun license were seized under red flag laws [5].

Here’s how The Martha’s Vineyard Times [6] explained it: “Nichols said the waitress made a complaint to Tisbury Police about what she overheard and on the strength of that, [Police Chief Mark] Saloio and another officer relieved Nichols of his crossing guard duties while he was in the midst of performing them and subsequently drove to his home and took away his firearms license and guns.”

“’He came up and told me what I said was a felony but he wasn’t going to charge me,’ Nichols said of Saloio,” the outlet reported.

Nichols told the publication he’s been licensed for firearms since 1958. He also said that “he didn’t receive any paperwork or receipts for the seizure of his guns.”

In a long interview, Nichols told The MV Times [7] about his concern for Tisbury School: “When I was in the United States Army — and it wasn’t just me, it’s anybody who’s in the United States service — if you are on guard duty for eight hours, you didn’t leave that position. And I’m just so accustomed to that … [So] when I see someone who’s supposed to be protecting kids leave the school unguarded — if you’re on guard duty, you stay there.”

He said crossing guards are “hired, trained and scheduled entirely by the police department.”

The friend who was speaking with Stephen Nichols at the diner said at no time did Nichols make a threat of any kind and said this whole thing is “absurd.”

Nichols, instead, was actually expressing concern for children’s safety — and now he’s been canned and his life’s work as a police officer has been disrespected.

The 84-year-old Nichols told The Martha Vineyard Times he’s never been accused of threatening a school and never had a firearms violation.

“I’ve got no record of any violations,” he said.

I’ve seen a lot of really disturbing red flag stories over the past couple months — but this one takes the cake.

I hope and pray Mr. Nichols gets his job back and his guns, too.

I also hope he receives an apology from the people who have disrespected him.

This is a case, in my view, that should go all the way to the Supreme Court to challenge the legitimacy of red flag laws.