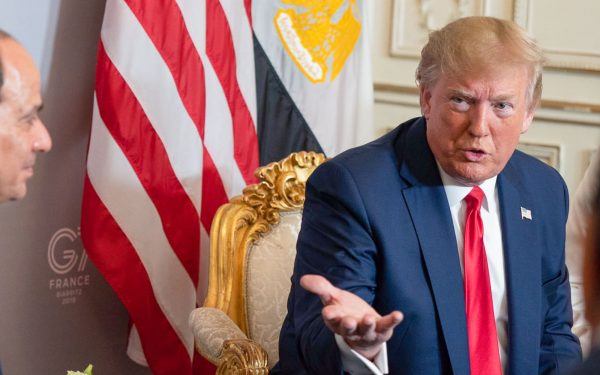 As questions swirl about the identity of the so-called whistleblower who reported on President Donald Trump’s July conversation with the Ukraine president — and caused a firestorm that continues at this moment — Fred Fleitz, a former CIA analyst, raised some important questions late this week.

Related: AOC and the Squad Want Trump Out Now [1]

Specifically, Fleitz wonders whether or not this so-called whistleblower acted alone.

In comments shared Friday morning with LifeZette, Fleitz said, “The way this complaint was written suggested the author had a lot of help. I know from my work on the House Intel Committee staff that many whistleblowers go directly to the [intelligence] oversight committees.”

So “did this whistleblower first meet with House Intel committee members?” Fleitz asked. “It is therefore important that Congress find out where this complaint came from,” he added. “What did House and Senate intel committee Democratic members and staff know about it and when? Did they help orchestrate this complaint?”

Fleitz added that he is “troubled” by the complaint. He’s wondering “how an intelligence officer could file it over something a president said to a foreign leader. How could this be an intelligence matter?”

“I am very familiar with transcripts of presidential phone calls, since I edited and processed dozens of them when I worked for the NSC [National Security Council],” said Fleitz. “I also know a lot about intelligence whistleblowers from my time with the CIA.”

Fleitz served in 2018 as deputy assistant to the president and to the chief of staff of the National Security Council. He previously held national security jobs with the CIA, the Defense Intelligence Agency, the Department of State, and the House Intelligence Committee staff.

Today he is CEO of the Center for Security Policy [2].

Related: Here’s How Much the ‘Whistleblower’ Really Knew About Trump’s Phone Call [3]

As he also wrote in an op-ed published on Thursday in The New York Post [4], “My suspicions grew this morning when I saw the declassified whistleblowing complaint [5]. It appears to be written by a law professor and includes legal references and detailed footnotes. It also has an unusual legalistic reference on how this complaint should be classified.”

“From my experience, such an extremely polished whistleblowing complaint is unheard of,” Fleitz added. “This document looks as if this leaker had outside help, possibly from congressional members or staff.”

Let’s recap some essential — and in some cases, some new — details.

1.) The “whistleblower,” as has been explained, never heard Trump’s call himself/herself — and is relying only on reports from another person (or several people). So it was hearsay.

That scenario raises far more questions than Democratic members of Congress have been willing to admit — but one that Republicans have reminded them of and will, repeatedly.

It raises questions about who those “reporters” of Trump’s phone call might be, what their political leanings are (one can imagine), and how and under what circumstances they fed information to the “whistleblower.”

2.) The New York Times now has identified the whistleblower as a male CIA officer — with executive editor Dean Baquet explaining that the news outlet reported [6] “limited information” about this individual’s identity so readers could “make their own judgments about whether or not he is credible.”

Federal whistleblowers, however — as Axios [7] noted on Friday morning — are protected by law. “Readers and some in the national intelligence community expressed concern that revealing too much detail in media reports could put the officer’s life and reputation in danger and deter future whistleblowers.”

All of this could reveal the re-opening of a political agenda against Trump. It’s worth pointing that a Democratic lawmaker — Rep. Al Green (D-Texas) — actually said [8] not long ago that if Congress doesn’t impeach the president, “he might be re-elected.”

3.) Bryan Dean Wright, a former CIA officer, told “Fox & Friends” on Friday morning [10], “We have seen this for the past three years. It started with [Jim] Comey and [James] Clapper and [John] Brennan releasing that Steele dossier in January of 2017, [11] pushing that into the public [and] kneecapping the president. It starts there. We now have somebody who the IG himself has said has a political animus [against] the president. This is a CIA analyst, a senior official who we now believe to be the whistleblower,” added Wright.

“We have seen this [before] … Certainly [it’s] a degree of political bias in the intelligence community at the highest levels … We keep seeing this over and over again. And it has got to stop.”

Wright added that if individuals working within the administration or within the intelligence community have bias against the current president — that bias must be acknowledged.

It must be made clear and brought to light.

What’s going on right now, he said, “is a horrific precedent.”

He added that he believes Trump’s release of the transcript of his phone call [12] with the Ukrainian president was the right thing to do.

See these tweets about the latest revelations — and share your thoughts on all of this.

Why did you report this? Stupid. Stop it. We want to protect the whistleblower process. https://t.co/oDm6OXPaly [13]

The point of the whistleblower statute is to provide a mechanism where government officials can report misconduct without fear of reprisal. Identifying them not only puts them in danger, but chills potential future WBs from coming forward — this is not in the public interest https://t.co/xyDL4VAEFI [15]

"Much like the Steele Dossier, the whistleblower report allegations are based on third-hand mainstream media sources rather than firsthand information." @RepRatcliffe [17] says the transcript of the @realDonaldTrump [18] -Ukraine call shows nothing illegal done by the President. pic.twitter.com/HS4DhE9JSb [19]