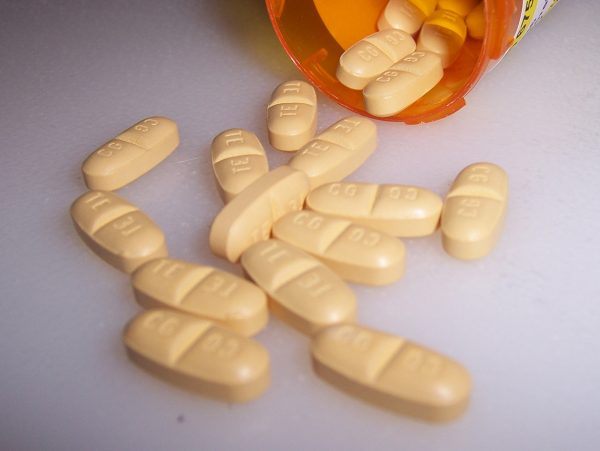 In the ongoing war against the opioid epidemic [1] in the United States, there is good news and there is bad news.

The good news is that President Donald Trump has taken steps to force the Chinese to restrict the continued production of fentanyl in their country.

The bad news is that China has taken few steps to implement this potentially hard-hitting order — and it is not expected that anyone with any power in the national leadership of China will do anything other than pay lip service to this effort.

Fentanyl is a synthetic opioid that has proven to be a particularly dangerous substance. It’s 50 times stronger than heroin and just 2 milligrams of this drug is enough to prove deadly.

Often found in a combination of other drugs, fentanyl is frequently used to lace other opioids such as heroin to provide a stronger high; or it’s pressed into counterfeit pills that are made to look like legitimate prescriptions but often don’t contain any hydrocodone or oxycodone at all.

Given the small margin of error with this extremely potent drug, overdose deaths due to opioids in the United States have increased six-fold since 1999. In 2017, the last year such statistics were gathered on this, 47,000 people in the U.S. died from opioid overdoses [2].

Earlier this year, after several rounds of trade negotiations with the Trump administration, Chinese officials announced that all variants of fentanyl would be treated as “controlled substances” as of May 1, 2019.

This seemingly meaningful edict on the part of the Chinese government, which holds absolute power in the communist nation, has the potential to be highly effective in ending the opioid crisis in America as it puts a wider array of substances under the watchful eye of that ever-vigilant government.

Unfortunately, official Chinese Communist Party (CCP) reports show [4] the country has not allocated resources for sufficient facility inspectors and that local law enforcement is not equipped to test for fentanyl-related structures at illegal laboratories. Especially considering the fact that China’s illicit fentanyl manufacturers are creating “new (such) substances faster than they can be controlled,” any escalation of such activities would be a step in the right direction.

Despite escalating tensions between the two countries on the trade and military fronts [5], China is currently looking at areas where it can still continue cooperating with the United States. Trump should leverage this sentiment to secure additional cooperation from China on ending fentanyl production.

Congress, meanwhile, should also consider passing laws like the Fentanyl Sanctions Act to provide additional diplomatic resources in support of this effort.

The Fentanyl Sanctions Act would provide a number of additional policy tools to combat the flow of opioids into the United States. Specifically, the law seeks to financially cripple drug manufacturers who purposely provide fentanyl and other synthetic opioids to international criminal organizations by denying them access to the global banking system. It also makes provisions for multilateral sanctions against foreign opioid traffickers, raising the international stakes for such bad actors.

Additionally, the bill will establish a “commission on synthetic opioid trafficking” to monitor the effectiveness of U.S. efforts to stop the flow of fentanyl from China, Mexico and other countries.

Given that the majority of fentanyl and fentanyl-like substances are produced by China and moved through Mexico, laws that could help close this pipeline are significant.

President Trump and Congress should use every tool at their disposal to encourage China to do its part in ending the opioid crisis in America.

During my time as staff director of the U.S. Senate Subcommittee on Children, Family, Drugs and Alcoholism, I learned firsthand how drugs ruined the lives of everyday Americans — and what drove them to addiction.

The vast majority of opioid overdose deaths are referred to as “deaths of despair.”

This rather drastic term stems from the fact that the many Americans suffering from opioid addiction and eventual overdose are without college degrees; many others are military veterans suffering from service-related chronic pain. This statistic is particularly tragic as the military/veteran population is twice as likely to overdose as the general population.

The human cost of this crisis is real — and it is escalating every day.

President Trump and Congress should use every tool at their disposal to encourage China to do its part in ending the opioid crisis in America.

Susan Smith is former staff director for the Senate Committee on Health, Energy, Labor and Pensions Subcommittee on Children, Family, Drugs and Alcoholism.