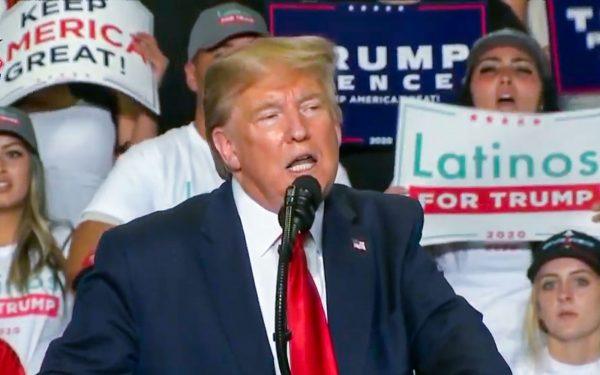 New Mexico is a state Trump lost to Hillary Clinton by eight points in November 2016.

The president is making “an ambitious attempt to flip the Democratic stronghold on the southern border [2],” as Fox News mentioned.

And as The Wall Street Journal noted of the state, “Just after securing the GOP presidential nomination in May 2016, Donald Trump landed in New Mexico and declared to a rally crowd, ‘We’re going to win this state.’ Six months later, Hillary Clinton beat him there by eight percentage points.”