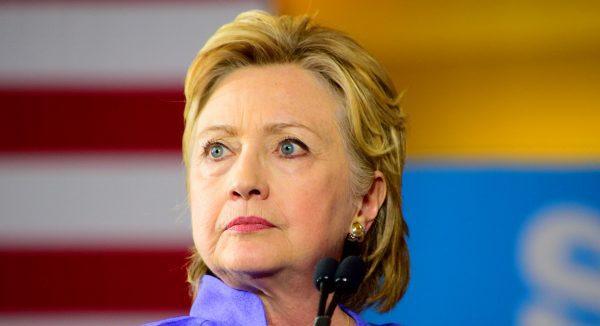 Ed Buck, a Democratic mega-donor, was arrested on Tuesday and charged with three counts of battery after another man suffered an overdose at his home earlier this month.

Buck is accused of running a drug house and forcibly injecting this third known victim with methamphetamine.

The famed Hillary Clinton supporter has been the subject of intense scrutiny in recent years.

The bodies of two people were found on his property over the past few years — the previous victims died of overdoses.

The scrutiny was seemingly not intense enough.

Last week the Daily Mail [6] reported that a black male was seen visiting Buck at his apartment; the person was similar in description to previous victims.

“The 65-year-old West Hollywood-based Hillary Clinton donor is still being visited by young black men, even after being accused of being involved in two drug overdose deaths in his apartment,” the outlet reported.

In July of 2018, Los Angeles-based writer Jasmyne Cannick accused Buck of being a “serial predator.”

If another young, Black gay man overdoses or worse dies at Democratic donor Ed Buck’s apartment it’s going to be the fault of the sheriff’s dept and L.A. District Atty for not stopping him when they had the opportunity to. #GemmelMoore [7] #Justice4Gemmel [8] pic.twitter.com/jlbS2KTvNe [9]

In 2017, Gemmel Moore was found dead in Buck’s home as a result of a methamphetamine overdose.

He was allegedly flown to Buck’s apartment and ordered to perform sex work for the Democrat player.

LaTisha Nixon, Moore’s mother, said Moore had a friend who told her Buck “had a kinky fetish for young African-American men.”

Moore’s death was originally ruled an accident, though the Los Angeles County Sheriff’s Office would later re-open it after finding writings in his diary that implicated Buck in the man’s drug use.

The writing very explicitly named Buck as the person who was forcing him to take drugs — and even seemed to suggest Moore wanted to kill himself but knew Buck would do it eventually.

“If it didn’t hurt so bad, I’d kill myself, but I’ll let Ed Buck do it for now,” Moore wrote about the drug use, which he’d pinned on the Democrat donor in previous entries.

Ed Buck is transported for booking following his arrest on charges of running a drug house and giving meth to a man who overdosed last week, the 3rd man known to overdose in his WeHo apartment after 2 others died https://t.co/mDq8eefD7E [11] pic.twitter.com/T2tM658Bxw [12]

Another body was found in Buck’s home roughly 18 months later, sparking protests throughout the community.

Dozens of people are chanting outside of political donor Ed Buck’s apartment, demanding his arrest. The 2nd death investigation is taking place here in less than 2 years. @ABC7 [14] pic.twitter.com/rQSOVQRLS9 [15]

The second deceased individual was identified as 55-year-old Timothy Dean.

Buck’s lawyer claimed Dean was already exhibiting erratic behavior when he came to the apartment; but the pattern seems to suggest the man may have contributed to erratic behavior through drug use.

The Los Angeles Times [17] describes him as an “LGBTQ political activist.” If convicted on these new charges, Buck could face up to five years and eight months in state prison.

This piece originally appeared in The Political Insider [18] and is used by permission.

Read more at ThePoliticalInsider.com:
Trump Calls for Investigation into Obama Netflix Deal [19]
New Poll Shows Trump Has Better Approval Than Obama Did at This Point in Presidency [20]
Omar Was Asked About Her 9/11 Comment, ‘Some People Did Something’ [21]