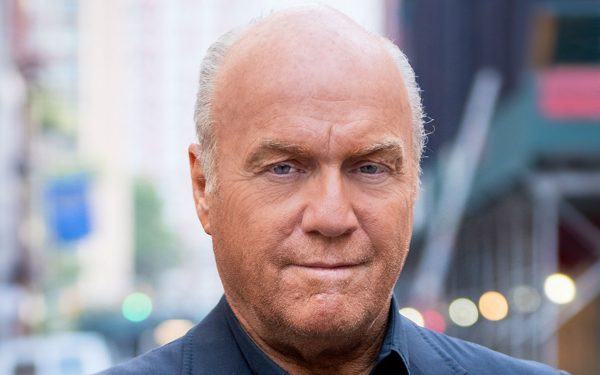 I thought the subject of this article might grab your attention because it is not what we are generally hearing about millennials and Generation Z (the cohort born after millennials) these days.

The Wall Street Journal and NBC News, for example, recently published the results of a survey on the changing attitudes of young people in these generations.

“The values that Americans say define the national character are changing, as younger generations rate patriotism, religion and having children as less important to them than did young people two decades ago,” the results said. Yet this is not the entire story.

While it may be true that some young Americans are rejecting religion and patriotism, there is plenty of evidence to suggest the contrary. Just a few days ago over 100,000 people filled the Angel Stadium in Anaheim, California, for a weekend-long crusade our Harvest team [1] has put on for 30 years in a row, as Fox News reported.

Among those in attendance, 63 percent were under the age of 30.

As my mentor and friend the late Billy Graham often did at his crusades, I extended an opportunity for people to begin a relationship with God through Jesus Christ.

More than 8,000 people responded, and 65 percent of them were either millennials or from Generation Z. Some would describe this “as thousands of young people becoming more religious”!

On the opening night of the crusade, we unfurled a gigantic American flag across the stadium’s field to honor the men and women who serve in our military. And we sang “God Bless America” to the cheers of thousands in the crowd. Some might call that “patriotism”!

The truth is that every generation has to come of age, but millennials and Gen Z kids are apparently more interested in issues of faith and have more love for our country than is being recognized or generally reported.

When we began these events 30 years ago, the young generation was “Generation X.” Now that generation has entered adulthood — and new generations have followed, as they always will.

Believe it or not, there was even a time when we baby boomers were the young generation. Don’t forget our anthem was Bob Dylan’s “Forever Young”!

Now, we have traded our acid rock for acid reflux — and instead of the battle cry “Sex, drugs and Rock ‘N Roll” — it might be “Nip, tuck and Botox!”

Yet we too became more religious as life led us along.

My point is this: The simple message of the Gospel — that God loves us and desires a relationship with us through Jesus Christ — remains keenly relevant. It’s as relevant today, in fact, as it was 30 years ago or even 2,000 years ago. It did not die with Billy Graham or the evangelists who preceded him such as Billy Sunday, D.L. Moody or George Whitfield.

Related: Johnny Cash: What His Complex Relationship with God Can Teach Us [2]

The Bible urges us to “know therefore that the Lord your God is God; he is the faithful God, keeping his covenant of love to a thousand generations of those who love him and keep his commandments” (Duet. 7:9 NLT).

Don’t misunderstand me: It is also true that there are some alarming trends among Gen Z and millennials. Experts tell us millennials are not only the most stressed but also the loneliest and most depressed generation ever. They also have the highest suicide rates of any age group. For these young people, antidepressants are the best-selling pharmaceuticals.

Some people have even described Gen Z as the “hopeless generation.” Now, we have gone from the Greatest Generation (those coming out of World War II) to the Hopeless Generation.

Maybe we will learn later that the technology revolution has contributed to these alarming trends, as more than 4 in 10 Americans surveyed say they cannot live without their smartphones, and 7 in 10 say they sleep with their phones next to their bed.

I wonder if it’s a good idea that we now have strollers with built-in compartments for tablets so that children are being conditioned to stare into glowing screens before they learn to meaningfully interact with others. One young woman I read about implanted a chip in her arm so she can open her Tesla with a swipe of her arm.

God is ultimately the Only One who can give real purpose and meaning in this life and hope for the afterlife.

Meanwhile, Elon Musk, the founder of the Tesla electric vehicle company, recently announced we might see chips implanted in human brains as early as next year.

Each generation thinks it has something the previous generation didn’t, but as the Bible says, “There is nothing new under the sun” (Eccles. 1:9).

Every generation, from your grandparents to your grandchildren, deals with the same issues. Everyone eventually feels empty, lonely and afraid to die.

Related: When We Stay Close to God, We Walk in His Perfect Peace [3]

My life message is that God is ultimately the Only One who can give real purpose and meaning in this life and hope for the afterlife. Over 100,000 people packed a stadium for the 30th year in a row to hear that message — a message that changed them and that they want to pass on to their children and grandchildren.

It’s a message that will eventually resonate with every generation looking for hope.

So I’m not pessimistic about millennials or Gen Z and those following these young people. I think they’ll eventually land where the rest of us have — even though their search might look and feel differently.

Meanwhile, some of us will be standing in stadiums and on street corners with hope that we believe, and the vast majority of the world still believes, can only come from God.

Greg Laurie [4] is an author, evangelist, pastor and founder of the Harvest churches in California and Hawaii and Harvest Crusades. He is a bestselling author of several books, and his newest book, “Johnny Cash: The Redemption of an American Icon,” [5] is now available at bookstores. Follow him on Twitter at @greglaurie.