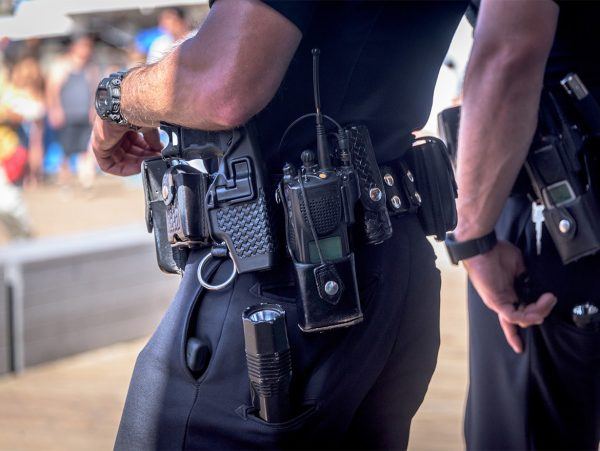 What is happening in New York City?

There is far too much open hatred toward police officers today, [1] in my mind.

It’s hard to watch a police officer being pelted with objects and doused with water — a scene that happened in July of this year and which is still being discussed. Other incidents have happened as well.

These men and women sacrifice so much to protect the public. The level of disregard and disrespect for law and order and law enforcement has been off the charts lately, in my view.

Many believe the anti-police rhetoric really heated up under former President Barack Obama with the start of Black Lives Matter.

Police officers can feel the anti-cop sentiment, and because of it — we will lose a lot good potential cops.

“I’m glad I’m near the end of my service,” one individual close to retiring from the department told The New York Post [3] this week after people yelled at police during an active incident. “And I’m also glad my son decided not to become a cop.”

Another person said scenes of open disrespect and acts of physical violence toward police should hardly shock people today.

“Are you surprised?” said this source, The Post also noted. “Somebody’s shooting at a police officer and nobody cares … They’re more concerned about the perp than the cop who’s there to protect them.”

“You call the police to do a job, a cop gets shot — but they’re upset that a guy who was shooting a cop is dead.”

See the video below, which is from a water-dousing incident this summer:

But the latest is that this week in New York City, police officers were in the middle of an active shootout in Staten Island when onlookers started screaming obscenities and death threats at them.

“All of y’all can die!” shouted one person at police from the 120th Precinct, The Post [3] also reported. “I hope that happens,” the person also said.

A female “Staten Island cop was struck in the hand and a domestic violence suspect” was shot dead by the police during the Tuesday morning shootout, authorities said and The Post [6] reported.

“You hear this more and more,” one police source told The Post. “The public just has no respect for cops. All they want to do is fight cops. It never used to be that way.”

The suspect was fatally wounded after police say he resisted arrest and pulled a gun on them, CBS New York [7] reported.