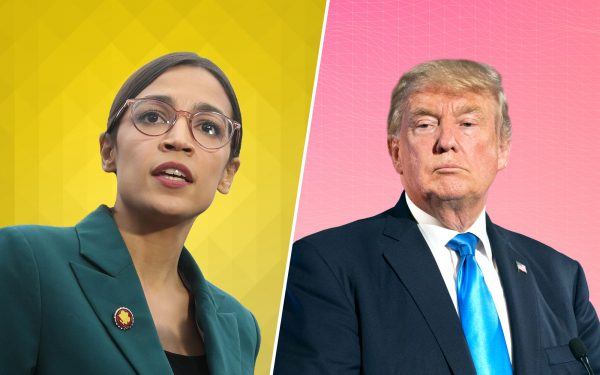 A new survey shows some potentially rocky roads ahead for Rep. Alexandria Ocasio-Cortez (D-N.Y.) in her next election attempt.

The “decidedly anti-Ocasio-Cortez Stop The AOC political action committee,” as The New York Post [1] described it, found that 47 percent of Democrats in the 14th Congressional District view her favorably and 29 percent unfavorably — while 24 percent are unsure.

When respondents to the new survey were asked if they supported AOC’s efforts to “ruin the Amazon deal that would have created 25,000 jobs in the neighborhood,” the numbers were quite close. Thirty-seven percent said yes, they supported what she did — while 35 percent did not support her actions. Twenty-eight percent were unsure about that.

The decision by Amazon to cancel a deal for a headquarters and campus in Long Island City, New York, “has created an opening for a challenger” to go after AOC as someone who is both anti-jobs and anti-business, said Dan Backer, founder of Stop The AOC,  The Post [1] also reported.

“The argument against AOC is Amazon, Amazon and also Amazon,” Backer said.

The Post [3] had earlier reported that the anti-AOC group was spending money to understand and quantify the opposition to her in her New York congressional district.

Those who conducted the survey went door-to-door to over 5,400 Democratic households — interviewing more than 800 registered Democrats. Roughly two-thirds of the respondents said “they knew of the first-term congresswoman,” The Post noted.

The survey also found that a third of Democrats were open to supporting a Republican challenger next year in the 2020 general election.

“After surveying voters in 817 Democratic homes in the district, it’s clear Rep. Ocasio-Cortez is not sitting well with the voters she was elected to serve. The opportunity for a new voice is prevalent in the Democratic primary, and the electorate is ready to take action in 2020,” said Justin Greiss, of Mobilize the Message, whose group conducted the survey for the Stop The AOC group, as Newsmax [4] reported. Read more about the survey findings here [1].

Ocasio-Cortez claimed on Tuesday that the testimony by Corey Lewandowski, a former campaign manager for Trump, “increases the case for impeachment” of the president, as Fox News [5] reported.

Lewandowski testified before the House Judiciary Committee on Capitol Hill for approximately five hours on Tuesday.

He was the first witness summoned [6].

AOC has been outspoken against the president even before her election to the House in the 2018 midterm elections. “We need to hold people in contempt,” Ocasio-Cortez told Fox News [5] on Tuesday before also saying of Trump, “We need to hold him accountable.”

She insisted members of his administration and former campaign staff “should be thrown in jail … or fined in a way that would be painful.”

The idea of liberty and justice for all has been a radical notion since America’s founding.

And as patriots, we will keep pushing until the vision of America is the reality of America. 🇺🇸 pic.twitter.com/PKRu2F6vhL [7]