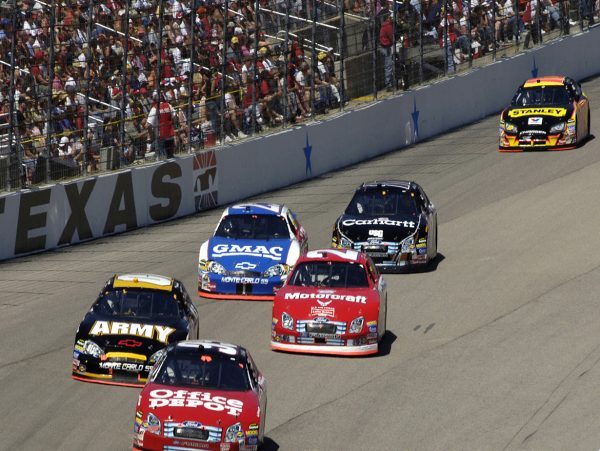 The National Association for Stock Car Auto Racing (NASCAR) has rejected a number of gun-related advertisements, according to reports, due to a “gradual shift” in its promotion of guns.

It is a surprising move for a sport whose deepest fan base is rooted in pro-constitutional red states.

K-Var Corporation, a company that calls itself a “proud leader in the firearms industry since 1993,” revealed the news in a blog post [1] on August 21.

In the report, several firearms retailers and manufacturers were asked to make a pitch for advertising in the official NASCAR program for the latter portion of the season.

At least 17 gun companies did so.

The group organizing the ad buys responded in August with a disheartening note about NASCAR’s response:

We just heard from NASCAR on a number of gun related ads and unfortunately, due a gradual shift in NASCAR’s position on guns, these ads must be edited/changed—especially those that are depicted as assault-style rifles/sniper rifles. NASCAR is still open to some of the less controversial gun accessories, concealed carry, or classes.

Online gun seller @KVARCorp [2] says it was informed that @NASCAR [3] won’t allow ads in its race programs that depict assault weapons, “due a gradual shift in NASCAR’s position on guns.”

“Major organizations, those with no stake in politics, are taking political sides and alienating their consumers in the process,” K-Var wrote.

Tom Knighton at Bearing Arms [7] suggests cutting NASCAR a break for the decision until the organization truly explains itself — and warns fans of igniting any boycotts.

“I personally recommend cutting them a little slack,” Knighton writes. “It sounds like they’re simply wanting to take the depictions of rifles out of the ads in their programs, and they may have some kind of reason for that which doesn’t involve becoming anti-gun.”

He adds that fans should let the organization know that this kind of move is unnecessary but adds, “The last thing anyone needs is a boycott over this.”

Related: National Anthem Is Coming Back to Public Airwaves [8]

NASCAR owners schooled the NFL amid the national anthem controversy in 2017, with several telling their team members that kneeling would be prohibited.

Richard Petty, nicknamed “The King” throughout his illustrious racing career, declared, “Anybody that won’t stand up for the anthem ought to be out of the country … Period.”

Yet NASCAR isn’t a stranger to shifting views due to a public outcry. In 2015, it moved its banquet from the Trump National Doral Miami resort over remarks made by the president regarding illegal immigrants [9].