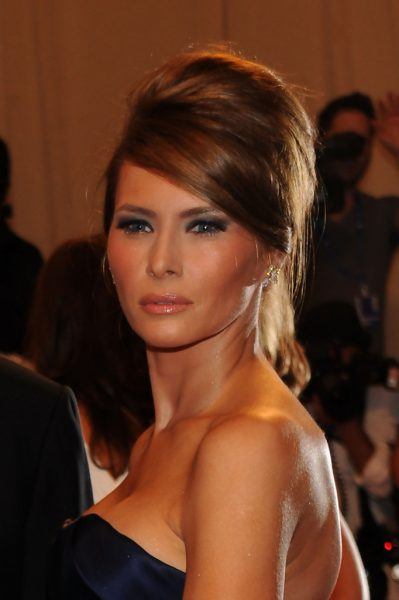 Does the phrase “Enough is enough” mean anything to some people?

People who are proud of their anti-Trump or NeverTrump status took to Twitter with ill-concealed glee yesterday and today to try to make fun of America’s first lady Melania Trump for a dress she’s shown wearing in a tweet that President Donald Trump sent out on the anniversary of 9/11.

The nation, as it does every year at this time, took a collective deep breath on the anniversary of the worst terror attacks on American soil in our history and remembered — with great dignity and solemnity for the most part — all those who lost their lives on Sept. 11, 2011, and all the families and friends who lost loved ones who can never be replaced.

President Trump and first lady Melania Trump attended a ceremony at the Pentagon just outside Washington, D.C., to remember the victims of terror there.

The president shared beautiful remarks of remembrance and laid a wreath in honor of the victims; he shared his heartfelt sympathy with the survivors and so many others. The national defense headquarters, of course, was among the targets of the radical Islamist terrorists who hijacked airplanes on the morning of 9/11 and then used those airplanes as weapons as to destroy buildings and property and kill thousands of innocent Americans in New York City, at the Pentagon, and in Pennsylvania.

But the photo Trump tweeted out grabbed the attention of plenty of people on Twitter — who sadly turned it into mockery of the first lady.

The picture showed the first lady wearing a coat that some were sure depicted an airplane flying into a tower.

The picture in the tweet also was not taken on Wednesday during the 9/11 memorial ceremonies — something many people seemed to conveniently ignore.

Instead, the first lady wore a short black Ralph Lauren dress for the Wednesday ceremonies, as several outlets including USA Today noted.

Rather, the photo in the president’s tweet shows the first couple from the back as they look over a dramatic landscape.

This is all some people needed to let loose.

Here’s one of the comments the photo garnered: “I’m sure I’m not the first one to spot this but who in the world thought it was a good idea for Melania to wear this coat in the 9/11 photo. It legit looks like an object is flying into a tower or the Washington Monument,” tweeted one person.

Here’s another tweet: “Is … is that a plane crashing into one of the twin towers in the back of Melania’s coat?!?”

Finally the White House issued a statement about all of this crazy speculation.

At least one person on Twitter also tried to set the record straight for those who still didn’t get it.

It's a flap of cloth that allows it to reach across the stitching/hem to the button.

See some of the actual tweets.

I’m sure I’m not the first one to spot this but who in the world thought it was a good idea for Melania to wear this coat in the 9/11 photo. It legit looks like an object is flying into a tower or the Washington Monument pic.twitter.com/w2qOpxP15G [6]

Is…is that a plane crashing into one of the twin towers in the back of Melania’s coat?!? pic.twitter.com/7hhBjooU4z [8]

Melania Trump 9/11 coat has fashioned up quite a controversy!! #Disgrace [10] https://t.co/6uZGxosRCu [11] via @HuffPostPol [12]
The stitching on back looks like a plane crashing into a building. #BeBreast [13]