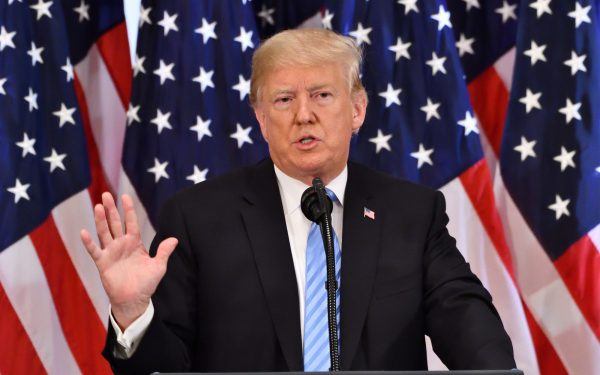 Among other issues, he’s expected to focus on national sovereignty — and the responsibility of individual nations to take care of their own self-defense.

Trump told members of the media on Monday that he would be talking also about Iran and the economy.

He declined, however, to say whether he would ramp up pressure on Iran, as CNN [2] noted.

The president announced [3] new sanctions recently on Iran’s central bank and its sovereign wealth fund, shortly after a drone attack on a Saudi oil facility that appears to be the work of Iran.

The United Nations said that over “100 world leaders, thousands of diplomats and advocates will convene in New York City” from September 24 through September 30.

The theme for the U.N.’s general debate this year is “galvanizing multilateral efforts for poverty eradication, quality education, climate action and inclusion.”

Watch the livestream just below.