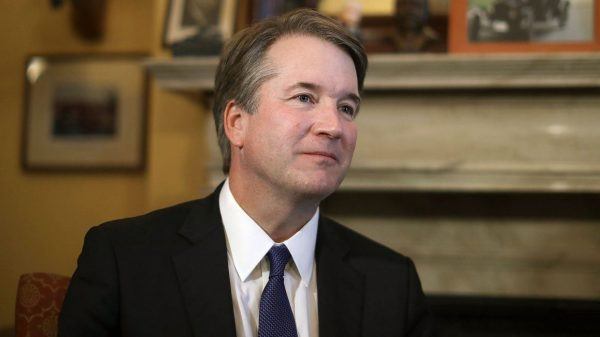 Supreme Court Associate Justice Brett Kavanaugh could have a libel case to bring against The New York Times [1] over a now-revised article [2] that suggested fresh allegations of sexual assault, Judge Andrew Napolitano said on Tuesday.

Responding on “Fox & Friends,” [3] the Fox News senior judicial analyst acknowledged, however, that Kavanaugh would be highly unlikely to open a Pandora’s Box by pursuing such legal action against The Times.

Napolitano explained that the standard to prove libel is “actual malice,” meaning Kavanaugh would have to show in court that the paper published information it knew to be false or showed a “reckless disregard for the truth.”

“Is leaving out of the article the true statement that the victim does not recall this alleged event ‘reckless disregard for the truth?’ He may actually have a case there. However, this is not gonna happen,” said Napolitano.

The paper has taken heat from both sides [2] of the aisle for walking back its allegations [4] against Kavanaugh Sunday after swift backlash — with even MSNBC’s liberal morning show and “The View” taking issue with the Gray Lady.

Late Sunday, The New York Times revised [4] an explosive report about an allegation of sexual assault by Kavanaugh from his college days.

The piece by Robin Pogrebin and Kate Kelly, adapted from their forthcoming book, alleged there was corroboration of an incident in which Kavanaugh, as a college student at Yale, exposed himself to a female classmate at a party.

Hours later, The Federalist’s Mollie Hemingway [6] — who had reviewed an advance copy of the book — flagged a glaring omission and the paper eventually updated the controversial story after being lampooned on social media over the gaffe.

The update [7] included the significant detail that several friends of the alleged victim said she did not recall the purported sexual assault.

The newspaper also stated for the first time that the alleged victim refused to be interviewed, and has made no other comment about the episode.

In an interview on MSNBC Monday night, Pogrebin and Kelly alleged [8] that the key information may have been removed from the original draft in the editing process.

Napolitano said he viewed the original report as an attempt to “undermine” Kavanaugh and the Supreme Court as a whole.

“The Supreme Court doesn’t have an army to enforce its rulings. Its rulings are enforced because of the credibility that the legal community and judicial community puts in these nine justices. And if you begin diminishing one of them for reasons having nothing to with his intellectual understanding of the law, that will undermine the court,” he said, adding it’s also a “serious issue” if the FBI did not fully investigate all claims against Kavanaugh during the confirmation process.

David Montanaro is a senior editor with Fox News. Fox News’ Brian Flood contributed to this Fox News [9] report, which is used by permission.