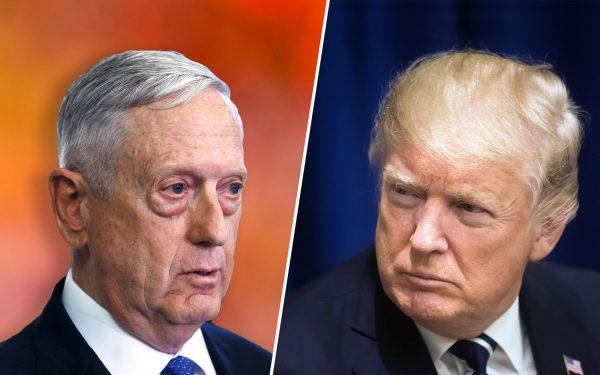 Former Defense Secretary Jim Mattis said on “Fox & Friends” on Tuesday morning that his relationship with President Trump “was not tense” — and pushed back on that speculation from co-host Steve Doocy.

“The president is a forthright man and so am I,” Mattis said.

He also shared the following about his forthcoming book: “Bing West and I, my co-author — we began the book in 2013, when some people reminded me I had been very fortunate. And they were right. And so what you want to do when you get my color hair, you want to pass on the lessons you learned.”

“No, it wasn’t a tense relationship,” Mattis said. “The president is a forthright man, and so am I. I would meet with him weekly. There was nothing going on that I wasn’t open with him about. That’s the way I deal with my boss anywhere I’ve ever been. And he was, as you know — was elected by the American people.”

A career Marine, Mattis retired as a four-star general in 2013.

His new book is “Call Sign Chaos,” which he said does not discuss his work in the Trump administration.

Related: Why Trump Was Right to Fire Mattis [1]

Mattis also weighed in on how the military responds to natural disasters that hit this country, such as Hurricane Dorian.

“But there is one official, one military official, designated to be the governor’s go-between. And when the governor goes to FEMA and FEMA can’t fill something, the military will have troops ready. And they are now.”

“Terrorism is an ambient threat. It’s going to be with us. It’s how do we organize with [our] allies to suffocate it — is the bottom line.”

“The military is ready,” he added. “The National Guard is ready. If FEMA needs them, they’ll be ready. There will be a task force truck ready to go with rolling stock. There will be helicopters, ships moved into position offshore.”

“But the important thing,” added Mathis, “is they’ll all be put in positions where they’re not going to be hit by the storm, so they don’t become part of the problem. They’ll kind of surround what we anticipate is the impacted area and then move in.”

Speaking also to co-host Brian Kilmeade about the existing threat of terrorism in this country, Mattis said on “Fox & Friends,” “You bring up a grim reality, Brian. The bottom line is, terrorism is an ambient threat. It’s going to be with us. It’s how do we organize with allies to suffocate it, is the bottom line.”

“And you can declare a war over. You can want it over — but the enemy gets a vote.”

See other information and reaction below.

When I thanked General Mattis for his service, he replied: “Well, you’re worth it.” It was an honor and a privilege to meet such a great man, a hero and the definition of a true patriot. 🇺🇸 pic.twitter.com/jpP3VZLDUp [2]

James Mattis: "In the old days, when the election was over we buried the hatchet and we got down to governing. It's like today all we stay in is locked in this election cycle, and we're constantly finding reasons not to cooperate, and no democracy can survive that style." pic.twitter.com/8YnuUVCXFQ [4]