After announcing his campaign for the Texas House of Representatives in District 148, Republican Luis LaRotta led a protest on Friday in Houston against the Houston Commissioners Court. (He’s shown above left, along with other protesters, at Friday’s event; at right, a local flooding victim holds his pets.)

“Houston had a large flooding event on Thursday,” LaRotta told LifeZette on Friday, sharing background for the protest.

“Despite the tax relief provided by the state legislature during the 2019 session, the County Commissioners Court is now advocating for raising the tax rate without voter approval — and that is crossing a red line,” added LaRotta, a Latino who is a first-generation Houstonian and a Navy veteran.

MORE NEWS: Should Biden win election, he does not rule out investigation of President Trump

After experiencing repeated tax increases and flooding fees — and watching politicians engage in out-of-control spending yet produce limited tangible results for local residents — many Houstonians are tired of the promise that higher taxes yet again will solve the problems of local residents.

Those problems for residents include potholes on roadways and flooding hazards in their communities. Right now, Harris County homeowners are struggling to keep up with skyrocketing property taxes.

The Harris County Commissioners Court already implemented a “drainage tax” that was supposed to fix the flooding problem. However, it appears to this writer, at least, to be more like a “flood tax” — ultimately, it was passed to fix a flooding problem that still exists.

A walk along the bayou on Friday to survey damage from this week’s flooding after torrential rains made me think we were back in 2017, when so many of my friends’ homes and businesses were ruined.

The bayou was full to the banks late this week and lapping against the bridge; the building across the street, Service Corporation International, was pumping water out of its parking garage. Both of these situations existed during the aftermath of Hurricane Harvey two years ago. I was even stranded outside the airport for five hours on Thursday in a vehicle that was almost submerged in water.

From 1996 to 2016, the Texas property tax increased by 233 percent, as LaRotta notes on his campaign website — while personal income increased by only 199 percent.

And to date, past tax increases have received voter approval — while promised results by politicians have not materialized.

With many homeowners in Harris County still struggling to rebuild after major losses from Harvey, and the other citizens supporting charities and churches to help their neighbors rebuild, Harris County taxpayers should not be facing the largest property tax increase possible without voter approval.

The new tax rate, if it does get through next month, would provide four taxing entities with an extra $222 million in property tax receipts next year alone. The new tax rate would negate the tax decrease the Texas legislature implemented in order to put real dollars in homeowners’ pockets.

And with an unprecedented target rate of 65 cents per $100 assessed home valuation, those home values would likely decrease — adversely affecting the families that sell their homes.

Champion told LifeZette, “With 90 percent of the children in our district on meal programs and a third of our seniors living in poverty, this community cannot be expected to sustain itself with a higher tax rate.”

“Our leaders must respect our tax contributions,” he also said, “and work harder to efficiently use the tax dollars they already receive.”

This writer reached out for comment to Rep. Jackson Lee; her office did not respond by publication time.

During the LaRotta-led protest on Friday, many people walked down the street and said they agreed with all those protesting the possible tax hikes. Vehicle after vehicle actually honked in support of his #LetMeVote movement. (Full disclosure: This writer took part in the protest.)

Three news stations, interestingly, approached LaRotta and asked why he was opposed to the idea of raising property taxes.

LaRotta’s protest could very well make an impact — not only on public awareness of this upcoming vote, but in the minds of the commissioners as well.

LaRotta holds a bachelor’s degree in nuclear engineering technology from the Navy College program at Thomas Edison State University. He graduated from that program in 2006 with honors. His Colombian father worked in offshore drilling in the Gulf of Mexico, while his Honduran mother worked as a bank teller in her home country. His parents “immigrated to the United States seeking to contribute to this great country and make a better life for themselves,” as his campaign website explains. 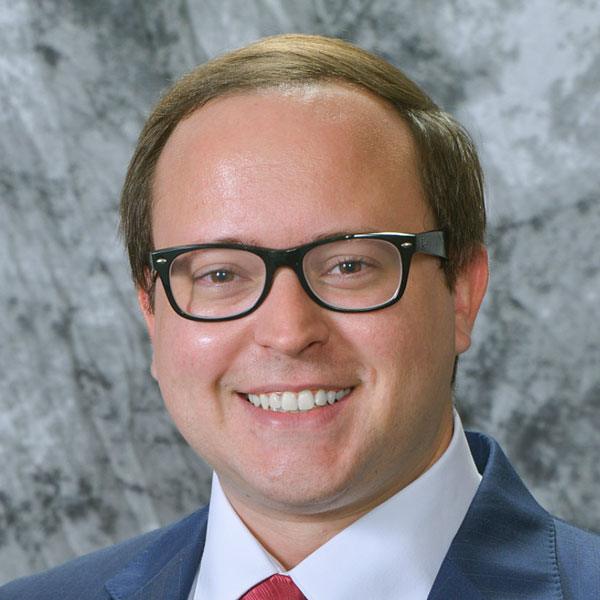 Jacob Way is a conservative pundit, consultant and political correspondent. A graduate of Florida State University, he worked with the Romney-Ryan presidential campaign as well as the RNC in New Hampshire and Iowa during the 2016 presidential election. He also worked with Texas Gov. Greg Abbott. He owns Red State Solutions.

Should Biden win election, he does not rule out investigation of President Trump

Michelle Obama slips up, says COVID is an opportunity to change ‘how wealth is distributed’