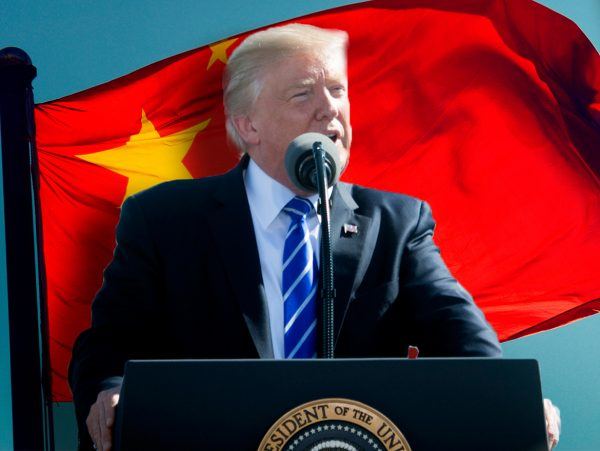 Economists have a day of reckoning coming. They insist [1] consumers are paying for the tariffs imposed by President Donald Trump [2] on imports of steel and aluminum as well as goods made in China [3]. The press dutifully repeats these claims.

While most voters support the president’s actions [4] to confront China over its trade cheating, many believe what they’re hearing from news commentators. They simply accept the notion that America’s consumers are shouldering most of the burden imposed by the tariffs.

In truth, consumers are not seeing the prices increases that economists predicted. Inflation is extremely low — and remains unaffected by tariffs. And the prices of goods subject to tariffs are generally rising even more slowly than the general rate of inflation.

Here are the top five reasons tariffs are not raising prices — something most media outlets won’t explain.

1.) Volume growth allows profits without rising prices. The U.S. economy is growing at a healthy rate of 2-3 percent, and businesses are producing in greater volume.

Notably, in their overall production, the cost of tariffed goods is often a small part of total input costs. As manufacturers fill their plant capacity, the fixed cost per unit can go down even if the cost of an individual component rises. Profits can increase even when the price doesn’t.

Stanley Black and Decker recently reported [5] that, in the quarter ending in June, the company increased its total revenues by 3 percent—to $2.8 billion — while at the same time increasing its profit margin by 0.8 percent, or $46 million. And it did all this while absorbing additional costs of $110 million from tariffs.

Related: China Is a Bully and Must Be Treated Like One [3]

There are other such examples. Last year, General Motors increased its revenues and profits in North America despite tariffs on steel and other components. GM’s sales rose, especially for SUVs and trucks. But car prices increased by only 0.3 percent. [6]

2.) Companies are leaving China for cheaper countries. It became clear in July that a tide of multinational corporations [7] have been making plans to leave China. And this is now turning into a flood.

Companies headquartered in both the U.S. and overseas are planning to move manufacturing out of China to lower-cost countries [8] for a broad range of diverse sectors, including furniture, apparel, electronics, bicycles, and consumer accessories like luggage.

In some sectors, these moves have already happened. Cisco Systems, the world leader in computer networking equipment (with some $50 billion in annual sales), recently told investors that it is no longer producing in China any significant amount of product for the U.S. market.

Another example: Stanley Black and Decker is planning to move production of its Craftsman tools out of China and into Texas. And the company is building a much more highly automated facility at its new location in Fort Worth. Such increased productivity will enable Stanley to reduce prices and maintain the brand’s image of value and affordability.

Related: Trump’s Tariffs Are Working and Their Impact Should Not Be Blunted [9]

Overall, it’s clear that China’s position as a production site is relatively easy to replace. The skills China has developed in the process of becoming the world’s number-one manufacturing location are relatively low-tech — and are easy to duplicate in other countries.

Vietnam and Mexico are both proving themselves able to take over the production of goods once made in China. Thus, the mystique of China as the world’s factory floor has been broken.

3.) China’s currency is devaluing. While the prices of some Chinese exports have risen in the past year, a substantial reduction in the value of the Chinese currency, the yuan, has reduced the price of all Chinese imports.

The yuan has depreciated [10] 14 percent against the dollar in the last 16 months, which reduces the cost of all Chinese imports, offsetting much of the tariff impact.

At the same time, the U.S. dollar has been rising. This is a significant problem for America’s producers and workers because it makes U.S. exports more expensive, and also makes imports cheaper.

Overall, it’s clear that China’s position as a production site is relatively easy to replace. The skills China has developed in the process of becoming the world’s number-one manufacturing location are relatively low-tech — and are easy to duplicate in other countries.

For example, TextileBeacon reports that global polyester prices in July 2019 were 10-19 percent lower compared to the year-earlier level. This is due to either declining demand from the U.S. or fears of lower demand, as well as reduced costs for the chemicals from which polyester is made.

Chinese exporters have also cut prices for American purchasers, including electronics. Looking ahead, export prices are likely to fall in more sectors as tariffs on Chinese imports broaden. The 25 percent tariffs that took effect on September 1 will be followed by another set of tariffs expected in December.

5.) The costs of tariffs are getting absorbed in the supply chain. Even when U.S. importers pay the cost of the tariffs, they often choose to absorb such costs — rather than pass them on to consumers. They want to maintain their market share against competitors. And their profit margins are large enough to absorb these costs.

For example, on September 1, tariffs of 10 percent came into effect on $100 billion of imports — including on many consumer electronics products that were predicted to rise in price.

But Apple analyst Ming-Chi Kuo is forecasting [12] that Apple prices will remain unchanged due to a mix of increased automation at non-Chinese production sites, a movement of production out of China, and a “holding the line” approach on prices against competitors like Samsung that do most of their manufacturing in South Korea and Southeast Asia.

It seems unlikely that electronics prices will rise by the full 10 percent cost of the tariffs. Some products may rise by 1-2 percent. And some won’t rise at all.

In conclusion, U.S. consumers simply aren’t experiencing the price increases that critics warn about. Instead, free trade economists will have to adjust their models and theories to regain credibility.

Overall, President Trump’s tariffs are a necessary response to China’s use of trade cheating and intellectual property theft [2] to advance its aggressive and expansionist plans.

Michael Stumo is CEO of the Coalition for a Prosperous America (CPA) [13], a nonprofit group working at the intersection of trade, jobs, tax and economic growth.