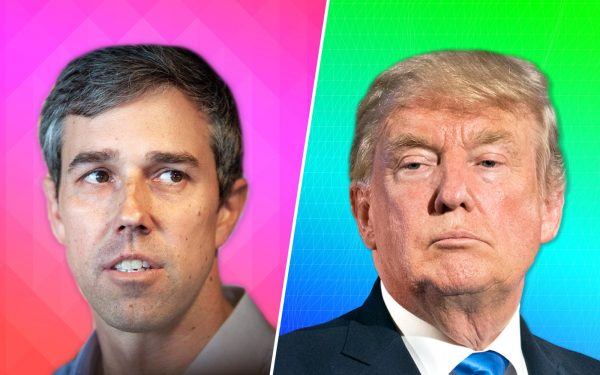 Former Rep. Beto O’Rourke (D-Texas) and 2020 candidate [1] dropped an expletive-laden response on CNN over the weekend to a mass shooting near Odessa, Texas — and his campaign is now raising funds off the incident.

O’Rourke originally used the F-word when giving details of the shooting to a crowd in Fairfax Station, Virginia. At that event, he readily admitted he didn’t have all the details — though that wasn’t about to stop him from politicizing the shooting.

“Don’t know what the motivation is, do not yet know the firearms that were used or how they acquired them.”

The response was so great, in fact, that O’Rourke decided to drop the line again for his voters’ base during an appearance on CNN — all while he simultaneously mocked people who send “thoughts and prayers” during horrific events of this kind.

“The rhetoric that we’ve used, the ‘thoughts and prayers’ that you just referred to, it has done nothing to stop the epidemic of gun violence, to protect our kids, our families, our fellow Americans in public places,” said O’Rourke.

Perhaps even more misguided than the idea that Beto’s followers are going to respond to his edgy use of expletives is the fact that he’s trying to fundraise off his own words — and effectively raise money on the backs of shooting victims.

Funds raised from the $30 T-shirt as promoted are going to Moms Demand Action and March for Our Lives, two organizations that have been shown to manipulate numbers [2] about gun violence for the media.

Related: Beto Tells Audience Member His Mother Should Have Been Able to Abort Him Right Before Birth [3]

Robert Francis O’Rourke went on to promote his plan to force Americans to sell their guns to the government should he be elected president.

“I want to be clear: That’s exactly what we’re going to do,” he warned. “Americans who own AR-15s and AK-47s will have to sell their assault weapons. All of them.”

Fortunately, what’s clear is that O’Rourke is simply desperate for attention and has no clear designs on actually winning an election.

This piece originally appeared in The Political Insider [4] and is used by permission.

Read more at ThePoliticalInsider.com:
Duchess of Sussex’s Father Said She Didn’t Pay for Her College, ‘I Did and I Have the Receipts’ [5]
Report: Fed Judge Tells Dems ‘No’ on Their Fast-Track Lawsuit for Trump’s Tax Returns [6]
‘Will & Grace’ Star Calls for a Blacklist of Celebrities Who Support Trump [7]