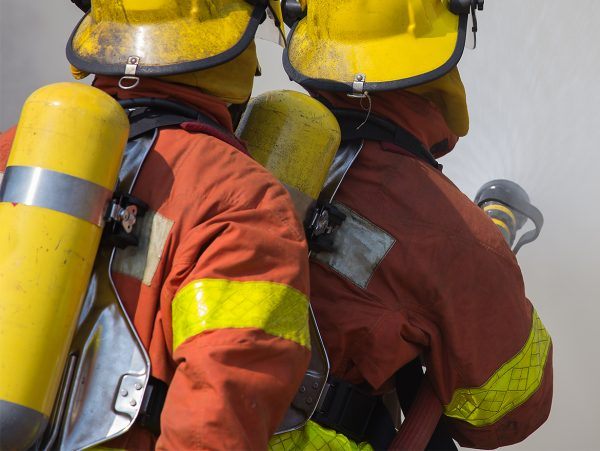 It’s the stuff of nightmares. A 75-foot boat enveloped by flames [1] against a backdrop of a black predawn sky. Dozens of passengers trapped below, unable to flee the inferno. And the close-knit California [2] dive community left searching for answers after the loss of so many lives.

“What happened has devastated us to the core. We are having a difficult time wrapping our heads around the details of how such a fire could have occurred,” Elliot Gomez told Fox News.

Gomez is a longtime diving instructor who has worked with and dived with True Aquatics, the owner of the ill-fated boat, for over 15 years.

“We look out for each other. To lose one diver in any situation is a terrible thing. To lose an entire boat is a loss we cannot fathom. The loss of life and conditions surrounding it has left me — and everyone else — in shambles.”

Santa Barbara County officials announced Tuesday that the search had been suspended; 34 people were presumed dead. The bodies of 20 people — nine males and 11 females — were recovered, and divers found at least four others in the hollowed wreckage. The identification process will require DNA testing, investigators said.

A total of 39 people were aboard the Conception. It should have been a delightful summer swan song, diving among California’s vivid sea gardens and leaving with treasured memories. But on the final day of the Labor Day weekend expedition, as the Conception waded into the coast of California’s Santa Cruz, the vessel went up in flames.

The Conception’s captain, Jerry Boylan, made a mayday call to a Coast Guard dispatcher around 4 a.m. on Monday.

Ventura County firefighters were able to reach the burning vessel within 15 minutes but struggled to extinguish the scorching boat as it continued to erupt in flames.

Truth Aquatics did not respond to a request for comment.

Among those believed to have died was Charter Master Kristy Finstad, a 41-year-old marine biologist and owner of Worldwide Diving Adventures, which had chartered the vessel.

Her brother, Brett Harmeling, 31, told Fox News that relatives were preparing for confirmation of the grim news.

“At this point, we just hope that it was painless when she crossed over to the other side,” he said, recalling his sibling’s deep love for diving – a hobby she took up at the tender age of 12.

“She loved the earth and was passionate about marine biology. She was a fun and dynamic woman. She was always seeking adventure. She always created a sense of love in everything she did.”

Kristy Finstad has been identified by her brother as one of the victims in Monday's deadly boat fire at Santa Cruz Island. https://t.co/N2klf0Oiid [4]

Harmeling also offered some poignant life reflections through his grief.

“She’s always been a student of life. She never stopped living,” he noted. “It’s a good reminder to love the people close to you while they are here because you’ll never know when they will be gone.”

Finstad’s husband and business partner, Dan Chua, initially was supposed to be on the doomed expedition – but instead was leading a dive team near Costa Rica. He was slated to return Sept. 13. Friends tried to reach him frantically on Monday and Tuesday, fearing the worst for his wife and the dozens of victims.

Neil Hogue, a fellow diver and friend of the couple, said he was still waiting with dread. “I’m still waiting to hear who else was on board as I’ve dived for many years with World Wide Adventures, started diving at 13 with Kristy and her father, Bill,” he said.

“Kristy is the most knowledgeable person I have ever been around when it comes to the ocean and sea life. She gets so excited and intense talking about it. We have had the most fun dive trips you can imagine.”

By Tuesday afternoon, Finstad’s Facebook page was awash with pictures and memories of the devoted research diver and vivacious ocean lover.

“Dear Kristy Finstad who will always be that sweet beautiful kid who I never got to spend enough time with,” one family member reminisced.

“May you be free of suffering, may you know peace,” wrote another friend. “You are loved, dear Kristy Finstad. Spread your wings and fly…”

Two of the crew members tried to return to the engulfed wreck to find survivors — but found no signs of life.

The devastating sorrow has spread to the school community.

“Pacific Collegiate School is saddened by the tragic sinking of the diving vessel. While this was not a school-sponsored trip, our hearts and thoughts are with the families of the victims and those yet missing, particularly those of our students and parents on board,” the Santa Cruz school said in a statement on Tuesday. “Right now, our priority as a school community is to support our students, staff, and families in the wake of this tragedy.”

Two students from the elite public charter school were on the boat.

“It is with a broken heart … 3 of our daughters were on this boat. As of now, they are still missing. My #1, Evanmichel Solano Quitasol, my #3, NicoleStorm Quitasol and my #4, Angela Rose Quitasol. My girls’ dad Michel Storm Quitasol and stepmom were also on the boat,” Susan Solano Rosas wrote in a Facebook statement Tuesday afternoon. “We are getting the latest information from the media. The authorities do not have much to say to us. Thank you to all of you for your support prayers and good wishes.”

St. Joseph’s Medical Center in Stockton confirmed that it had learned that one of its nurses, Evan Quitasol, was on the boat. Evan’s father, Michael Quitasol, and Fernisa Sison, two former staff members at the hospital, also were confirmed to be on board.

Headquartered in Santa Barbara, Truth Aquatics has been serving the fishing and dive community since 1974. The Conception launched in 1981 as a fully equipped, 75-foot commercial diving boat that could spend multiple days at sea and hold a maximum of 46 people.

Five surviving crew members were able to get off the boat and retrieve a dinghy before paddling to a 60-foot fisherman boat — the only other vessel anchored in the immediate vicinity – owned by Bob and Shirley Hansen. Two of the crew members, Hansen told The New York Times, tried to return to the engulfed wreck to find survivors — but found no signs of life.

According to Daniel Bertucelli of the Santa Barbara County Fire Department, one of the surviving crew members broke his leg while jumping from the boat and was treated at a local hospital. The others did not appear to have sustained physical injuries.

A sixth crew member remained unaccounted for, presumed dead. Ralph Clevenger, a photographer who has been diving with True Aquatics for over 25 years and routinely has taken photographs for the company’s three boats, explained that one crew member always would sleep down with the passengers. He was still waiting for that name to be revealed.

“This is just such an unprecedented tragedy. It is hard to wrap your head around,” Bertucelli continued. “It is really sad to know what a lot of families are going through now, preparing for the worst.”

Officials intended to conduct “rapid DNA testing,” which would require obtaining swabs from family members to speed up the process that traditionally would take around two weeks.

But, many of those within the grieving dive community were rallying behind True Aquatics and its safety record.

“Every trip starts with a mandatory safety briefing and liability waiver. Exits, fire plans, emergency diving procedures, and eating procedures are discussed. There are multiple fire extinguishers on every level. However, the main entrance and egress to the berths are via the double-sided staircase to the showers and bunks at the bow next to the galley,” said Sarina Elliot, who has taken multiple trips with the company since 2015 as a guest and a charter.

Elliot also sang the praises of “Captain Jerry” Boylan, who “has been in charge of the Conception since anyone can remember.”

“He is a happy, smiling sea captain with a quiet demeanor. He tries his best to give guests the best experience aboard possible but will level with folks when it comes to safety. He jokes that (accidents) require too much paperwork he would prefer to avoid, but we all know that he would not hesitate to risk his life for the good of his guests and crew,” she said. “Truth operates a quality charter, which meets or exceeds standards. I am confident that this was something completely out of human control.”

It has since been determined that the Conception was in “full compliance” with safety regulations.

“True Aquatics is a real legacy in Southern California diving. It is just unheard of to have so many killed in a boating accident,” Clevenger said. “The crew was always great people, and Captain Jerry was always very concerned with safety and getting us all home.”

The bunk beds on the Conception appeared to have been made of wood and were divided into four rows with shelves at the end to hold small bags and personal belongings. Some who previously had stayed on the Conception explained that the staircase was near the front of the galley, so if there had been a blaze there, it would be difficult to move in or out.

“It must have happened very fast,” one former passenger surmised. “Most of the crew sleeps up top in the wheelhouse and not below deck. They take turns with the captain and others to do what is needed throughout the night.”

Gomez underscored that he has “dived all over the world, and Truth Aquatics is one of the best.”

“After a day of diving, divers are usually exhausted and sleeping hard. The generator noise and ventilation fans generate a fair amount of white noise so it would take a substantial amount of noise. The primary ingress-egress from the sleeping area in the hull is a set of stairs at the front leading into the galley in the center of the ship on the main deck. The stairs go right up and into the galley area with no overhead obstructions,” he said. “There is also a rarely used, second emergency egress … at the back of the sleeping quarters which leads up into the rear of the galley’s main island through a lid/hatch and door.

“Whatever happened must have been fast and overwhelming.”

Robert Chacon, a retired FBI agent and longtime leader of its dive team and underwater forensics program, said he’d dived with True Aquatics for around a decade and concurred that it had a good reputation and was highly regarded within the Southern California dive community.

“If the fire started above, it would have been a worst-case scenario. The crew may have tried to fight it from above, we don’t know yet,” he explained. “But the crew usually sleeps in the least desirable part of the boat, and the higher you go, the least stable it is, which is why guest quarters were at the bottom and why the crew members were the ones able to escape.”

Investigators had yet to establish a definitive cause of the catastrophic inferno. As it stood, there was no indication of criminal intent.

A vigil outside Truth Aquatics in the Santa Barbara Harbor has continued to grow, as a community in mourning attempts to grasp the magnitude of the loss.

“I can say with confidence they (crew members on-board) are distraught,” said Gregory Alexander, a dive photographer and longtime True Aquatics devotee. “They tend to take responsibility for anything that happens on the boat, even things that are completely out of their control.”

Hollie McKay has a been a Fox News Digital staff reporter since 2007. She has extensively reported from war zones including Iraq, Syria, Yemen, Afghanistan, Pakistan, Burma, and Latin America investigates global conflicts, war crimes and terrorism around the world. Fox News’ Perry Chiaramonte and Cristina Corbin contributed to this Fox News [6] report, which is used by permission.