Classic Deflection: Biden Wants to ‘Wrestle’ Reporter Who Asked Him About His Medical Records

Embattled 2020 front-runner Joe Biden, a former vice president, is fielding a lot of questions about his health these days, following the recent Democratic debate in Houston.

At that face-off with nine other candidates, Biden often stammered and stumbled.

He even nearly lost his teeth at one point, as many have pointed out since the moment it occurred on national television.

Joe Biden’s teeth doing their best to jump right out of his mouth pic.twitter.com/FaRsq0cRBa

Unfortunately for Biden, he’s not fielding the questions very successfully.

Biden appeared caught off-guard when first asked about the idea of releasing his medical records.

After a brief word fumble or two, he appeared to deflect the question by awkwardly asking the reporter to “wrestle” him.

Last week, Biden’s eye filled with blood as he stood on stage during the CNN town hall debate on climate issues. 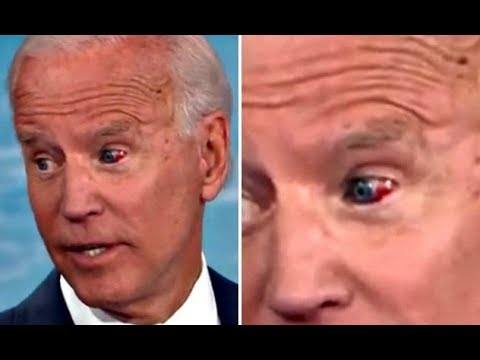 Biden also got into the weeds when he started to tell the reporter that he’d already released his medical records.

He appeared to try to catch himself before he went down that disastrous road.

Related: Video: ‘Should Biden Drop Out?’

It seems 2008 was the last time anybody has seen Biden’s medical records.

In the end, Biden assured everyone he was the picture of perfect health — and that he’d release his medical records after his next physical and before “the first vote is cast.”

Reporter: “Will you commit to releasing your medical records to address concerns by — “@JoeBiden: “Yes — what concerns, man? You want to wrestle?” pic.twitter.com/jqLo3hAakl