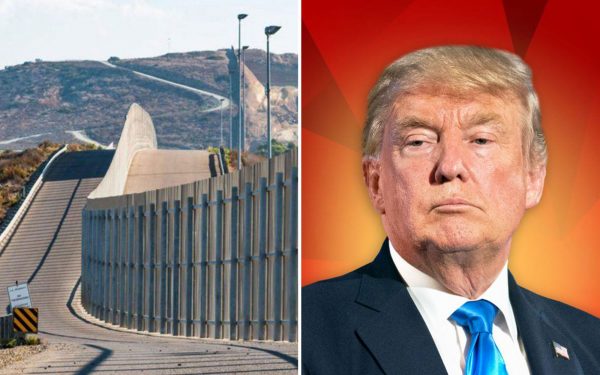 Speaking in an exclusive interview with anchor Maria Bartiromo on “Sunday Morning Futures” on the Fox News Channel, Kevin McAleenan, acting chief of the Department of Homeland Security [1], said, “So first let me just acknowledge your point about the dangers our agents are facing out there on the border [2]. We’re very glad our agents came out of that encounter OK [on Friday night] with their training, with their effective response. But it does highlight this duel nature of what we face at the border — the border security [2] and the humanitarian aspects of what we’ve been working to counter all year long.”

He was referencing a deadly shoot-out that took place this weekend along the southern border in Texas in which two U.S. border agents were involved.

Customs and Border Protection (CBP) reported that the agents pulled over a vehicle on Friday night in Brackettville, west of San Antonio — and someone inside that vehicle then opened fire, wounding one agent.

“In terms of the funding,” McAleenan added after his discussion of the dangers America’s federal employees face [3], “I would highlight two different areas. One, we’ve asked for significant investments in border security. The president’s asked for additional border wall [funding] from his first day in office. We’ve received some funding, not the full amount that we’ve asked for from Congress. That appropriated funding is already being directed to build the wall. But then he declared a national emergency to access additional Department of Defense funding, counter-drug funding as well as military construction funding that we’re now deploying to … additional wall projects, and including key areas of the border where we need to replace wall that’s not effective at all and put new wall there, and also extend our coverage of the border.”

“So with the president’s commitment,” added McAleenan, “we’re going to have 450-plus miles of wall done by the end of 2020, and we’re really ramping up the pace of construction right now.”

Bartiromo noted that the government is “also arresting human smugglers. You are seeing the numbers go down in terms of those people in custody. This is the first time you’re talking publicly — [the] first Sunday — that you’re talking [about this] since releasing the August data … Give us some of that data in terms of where we are.”

“What we saw [last] Monday with our release is the third month of significant progress on the border. [It’s] the third month in a row of more than a 20-percent decrease in the flow of people crossing unlawfully or presenting [themselves] at ports of entry without documents. That’s a 56-percent decline since our peak in May. And that’s driven by two factors.”

“First,” McAleenan said, “you’ve got to disrupt the flow, and we’ve done that with our international partnerships. The government of Mexico has stepped up. They’ve placed 25,000 National Guard on their southern border, on the transportation routes, and we have agreements with Central America, starting with Guatemala as well as El Salvador and Honduras, where we’re targeting human smugglers. They have more prosecutions ongoing right now of human smugglers, arrests they’ve made in the last several months, than [at] any time in the history of the entire region. And that’s based on our leadership, engaging Central America, engaging Mexico to focus on this as a shared problem that we need a joint response to — we’re seeing the impact of that in the reduction of the flow.”

Bartiromo noted the “Supreme Court ruling [4] this [past] week on asylum. Give us your sense in terms of the impact. It’s being called a game changer.”

“Yes, that’s the other side of the coin,” said McAleenan. “In addition to the disruption with our international partnerships, it’s the efforts we’re taking using existing law on the books, since we can’t get Congress to help fundamentally change the immigration law to strengthen the system, the framework. We’re using the existing law on the books in innovative ways to place additional layers where we can have integrity in that process and repatriate people [who] don’t have a valid claim to stay in the United States. So this recent Supreme Court ruling [4] gives us another tool to address the asylum problem and the weaknesses in our asylum system that have been inviting this flow over time.”

He noted that in the “coming weeks and months,” the administration is going to try to “ensure that we don’t have to release people [who] don’t have a valid claim and we can repatriate them effectively.”

The conversation turned to the elephant in the room: the criticism by Democrats [5], especially those running for the nomination for 2020, about Trump’s targeting of illegal migrants coming into this country. “But you have a policy where we let in how many people on a regular basis every year?” Bartiromo asked.

“Yes, there’s a whole focus on just one side of our efforts at the Department of Homeland Security. We also — our citizenship and immigration services bureau — has naturalized more people last year than any year in our history, over a million people that went through the lawful process and had a valid right to remain in the U.S. … So it’s a huge part of our effort as a department to both ensure that that lawful immigration system is functioning effectively and we are properly processing people applying for citizenship. But of course we have to have that security element and ensure people that are trying to come unlawfully are not allowed to stay.”

“I’d also like to emphasize, Maria, that we remain the most generous nation in the world in terms of processing both refugee and asylum applications and we’re going to continue to do that work as well.”

“If we’re letting in a million or a million two every year,” she noted, “the illegals that we’re talking about are jumping the line, right? So the people who waited to get their citizenship, their naturalization, through the green card process, etc., they have waited and done it the legal way. You’ve got the illegals just getting in — in front of the line to just try to get it first.”

“That’s exactly right, and that’s why these measures, including the Supreme Court ruling on the asylum rule, are so important, because it allows us to combat that unlawful entry and repatriate people that are trying to jump the line and give us more resources and space to focus on those that are following the rules.”

Bartiromo also asked the acting secretary [1] about the drone attack in Saudi Arabia on Saturday. “This is the world’s single most important piece of oil infrastructure and it was destroyed with a drone attack. How worried should we be in the U.S. that a drone attack could take out important facilities here or — fatalities?”

“It was a very serious attack,” he replied, “and the Department of State and Department of Defense will be working with our partners in the government of Saudi Arabia on appropriate defensive measures and responses.”

“On the U.S. side,” he added, “we don’t have a hostile actor like the Houthis [6] that are supported by the Iranian government with that kind of capability with any range toward the United States. That said, drones or unmanned aerial systems do present a Homeland Security concern. We got new authority last year from Congress to both do research and development and start to put countermeasures in across our various missions, whether it’s the Secret Service, whether it’s CBP on the border or TSA protecting our airports and aviation infrastructure.”

“So it’s a key issue that we’re getting better at right now.”

For more on this interview, watch the video here, [7] see the info below — and share your thoughts.