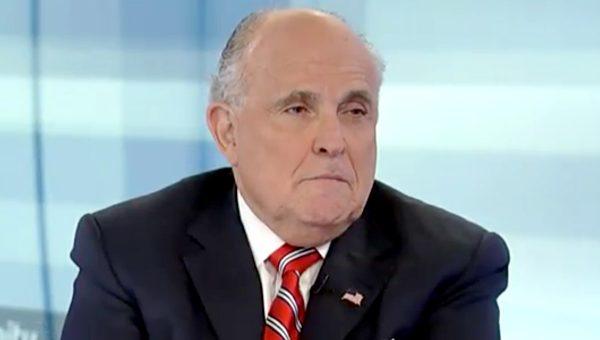 The letter, received by executives at ABC, CBS, NBC, Fox News and CNN — probably their first piece of fan mail in years — attempted to shame the outlets into not booking Giuliani, then demanded they provide a Biden ally equal airtime to refute Trump’s lawyer if they decide to have him on regardless.

“We are writing today with grave concern that you continue to book Rudy Giuliani on your air to spread false, debunked conspiracy theories on behalf of Donald Trump,” Biden’s campaign argued.

It is our view that outlets like CNN and NBC have the “disservice to journalism” market cornered with their fake news coverage.

Imagine the media outcry if Trump demanded that mainstream media networks, a vast majority of whom run unfriendly coverage of him and his administration, started demanding they shun certain detractors.

He’d be pilloried for acting like a tyrant trying to squash the free press.

Related: Impeachment Fight Likely to Be ‘Ugly’ and ‘Painful’ [4]

Biden, however, gets a pass.

Is there any doubt most of these networks will follow orders from the Biden campaign?

Trump 2020 campaign manager Brad Parscale responded with an appropriate level of snark, suggesting networks should ban Democrats who have pushed the Russia collusion and Ukraine hoaxes in the past few years.

Can we request the removal of Democrats on TV that push hoaxes? Wait, but then who would do the interviews?https://t.co/tnAdY3iZTq [5]

Sounds like the Biden campaign is desperate to shut Giuliani down for different reasons.

Why did @JoeBiden [7] demand that a #Ukraine [8] prosecutor be fired in six hours or No Aid Money? pic.twitter.com/SXL7Wsqrvh [9]

Biden has already admitted to using his position to pressure Ukraine to fire the country’s prosecutor for looking into a gas company connected with his son Hunter.

Is there more about to come out?