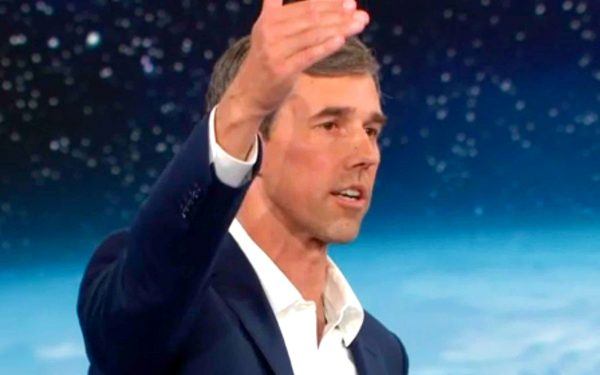 He even admitted he has a desire for a national gun registry.

Supporters of the Second Amendment worry about a national gun registration because it could lead to possible firearm confiscation.

Said O’Rourke, “This is a country that has produced the leadership that will ensure that we not only have universal background checks and red flag laws and end the sale of those weapons of war, but that we go the necessary steps further as politically difficult as they may be.”

“A gun registry in this country, licensing for every American who owns a firearm — and every single one of those AR15s and AK47s will be bought back so they’re not on our streets, not in our homes, do not take the lives of our fellow Americans.”

This individual can’t seem to understand that one cannot “buy back” something one never owned in the first place. No matter how people might interpret the Second Amendment, there is nothing in it to suggest a national licensing program.

The rest of the Democratic field is surely waiting to see how that stance polls before jumping on that bandwagon. In reality, they simply cannot deliver any of the gun control proposals they promise and they know it. They say it to get a reaction from both sides, with the “unbiased” media squad going full cheerleader.

Sorry, I’m not getting too riled up over some not-a-chance political utopian fantasy.

Related: Expanded Death Penalty for Those Guilty of Mass Shootings? [5]

It is difficult to discern whether leftists who are trying to “out-lefty” other liberals are laughable — or downright dangerous for our country. Either way, this can only be good for President Donald Trump — because whoever the Democratic nominee winds up being will have committed himself or herself to impossible policy positions — ones that cannot be walked back during the general election.

Criminals don’t follow laws or they wouldn’t be criminals.

This piece by Wayne Dupree [6] originally appeared in The Political Insider [7] and is used by permission.