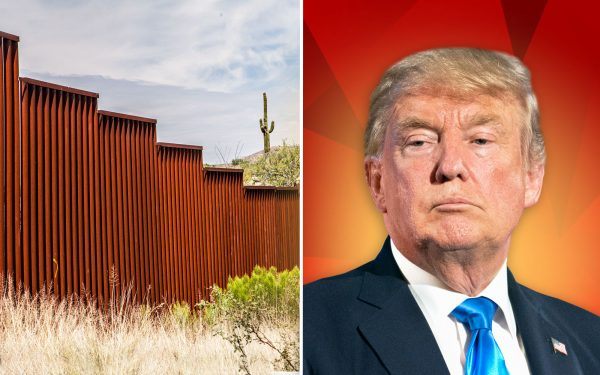 A tweet by CBP shows construction crews setting up as they build the new wall along with help from the U.S. Army Corps of Engineers.

“CBP has constructed over 60 miles of new border wall system along the SW border since 2017 and expects to complete 450 miles by the end of 2020,” they wrote.

A social media post by Carla Provost, chief of the U.S. Border Patrol, explains why this new section is so vital.

“This new system improves impedance [and] denial of illegal entries, making the border safer for both my agents [and] our nation,” Provost wrote.

Rodney Scott, chief of the San Diego sector Border Patrol, explains that each new mile built means some agents can be placed in different and more remote locations to beef up security there.

“This infrastructure freed up 150 agents every 24 hours to be shifted into more remote areas,” said Scott.

The footage seems to be a pretty effective and vociferous response to reports just last month claiming “the Trump administration has not installed a single mile of new wall in a previously fenceless part of the U.S.-Mexico border” since the president assumed office.

The president scolded the media for failing to note new wall sometimes means having to replace old sections that weren’t doing the job.

When we rip down and totally replace a badly broken and dilapidated Barrier on the Southern Border, something which cannot do the job, the Fake News Media gives us zero credit for building a new Wall. We have replaced many miles of old Barrier with powerful new Walls!

And unfortunately, as an example of this, Mucarsel-Powell made her outrageous comments just weeks after an illegal immigrant with a history of driving drunk killed a father of five.

The new wall segments are being funded through a national emergency declaration [7] by the president.

The Supreme Court ruled in July that Trump could use military funds to build portions of the wall, something the lower courts had prevented.