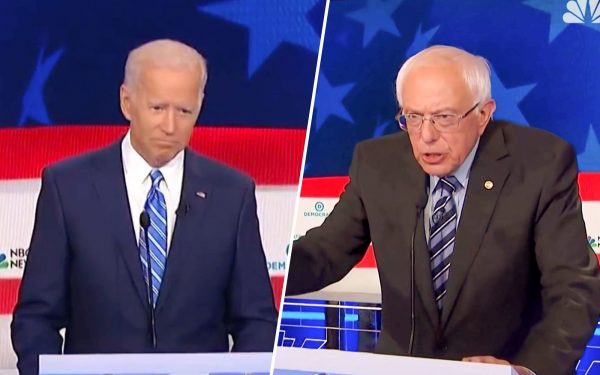 By a huge majority, swing voters say they are unlikely to support 2020 presidential candidates [1] who want more illegal and legal immigration [2] to the United States, according to a new poll.

The latest Harvard/Harris Poll shows [3] that around 69 percent of swing voters said they are “somewhat unlikely” or “very unlikely” to support a 2020 presidential candidate who supports allowing more illegal and legal immigration into the United States.

About 64 percent of respondents said they would be “more unlikely” to vote for a 2020 presidential candidate [1] who backs raising illegal and legal immigration rates.

As Breitbart reports [5] on this issue, “Working-class and lower middle-class voters, by a majority, are increasingly unlikely to support 2020 presidential candidates who support increasing illegal and legal immigration levels that drive up foreign labor market competition against which they would be forced to compete.”

“About 65 percent of Americans with some college education or less said they would be more unlikely to vote for a 2020 presidential candidate that supports more immigration to the U.S.,” the outlet also noted.

“Likewise, nearly 70 percent of Americans earning $75,000 or less a year said the same, as well as 66 percent of suburban voters and 76 percent of rural voters.”

While President Donald Trump has promised to put a stop to America’s illegal immigration problem and to reform the current system, 2020 Democrats have basically supported something close to open borders.

“Former Vice President Joe Biden, for example, has routinely said that he supports a legal immigration policy that effectively allows [8] any foreign degree-holder to seek a white-collar job in the U.S., and he has promised [9] to provide free taxpayer-funded health care to all 11 to 22 million illegal aliens,” Breitbart notes.

“Similarly, Sen. Elizabeth Warren (D-Mass.) has committed [10] to increasing legal immigration levels that would bring in more foreign competition to working and middle-class Americans while decriminalizing all illegal immigration.”

A recent NPR/PBS NewsHour/Marist poll found that moderate Democrats don’t like the concept of  open borders.

Again, that’s moderate Democrats who don’t like the idea.

Nearly 7-in-10 swing voters said they would be more unlikely to vote for a 2020 presidential candidate that supports more immigration to the U.S. https://t.co/6XM0fvBHth [11]

No-brainer. One doesn’t have to be a staunch conservative or a Republican at all to recognize that completely abolishing the border, as most 2020 Democrats seem to want to do, is a notion that turns off most Americans.

Related: Conservative Laura Loomer Is Running for Congress in Florida [13]

As Republicans continue to show themselves to be the party of national and border security and Democrats brand themselves as completely lawless on the issue of immigration [14], which party will most Americans choose?

Better put: Is there any question which party most Americans will choose?

This piece originally appeared in The Political Insider [15] and is used by permission.

Read more at ThePoliticalInsider.com:
AOC’s Chief of Staff Resigns, Under Federal Investigation [16]
This Hero Soldier Saved Lives in El Paso Thanks to His Training and Carry-Conceal Weapon [17]
Mother and Daughter Get Caught in $190K Housing Fraud Scam – Largest in County History [18]