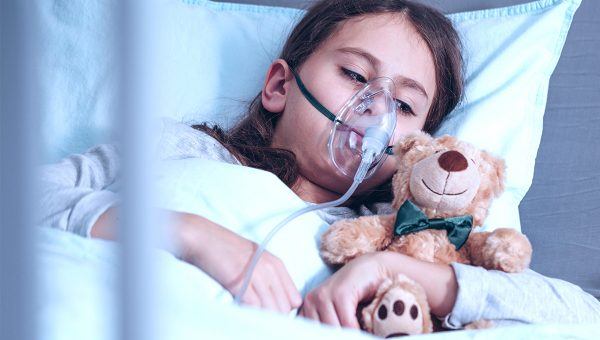 Legend has it that Vladimir Lenin once said, “The capitalists will sell us the rope we hang them with.”

Unfortunately, by pushing the Lower Healthcare Costs Act (LHCC) [1], better known by the conservative movement as RINO Care, the GOP may now be proving his prediction right.

Should Senate Majority Leader Mitch McConnell (R-Ky.) not kill this bill [2], the Republican Party will pave the road to socialized medicine for the Democrats under the guise of passing legislative “achievements.”

On its face, the LHCC, introduced by Sen. Lamar Alexander (R-Tenn.) [3] together with Sen. Patty Murray (D-Wash.), serves an honorable purpose. It aims to prevent a phenomenon in the United States that is literally breaking up families: surprise medical costs [4].

All too often, individuals have a major medical emergency and are sent to the nearest hospital — only to later discover that the hospital or doctors were “out of network.”

In most cases, patients are unaware of their insurance situation until they get a massive bill in the mail, often for over $10,000. President Donald Trump is right [5]: Congress needs to do something and work with hospitals and health insurers to ensure that patients are not on the hook for these extensive bills.

However, instead of using arbitration or other market solutions, the LHCC hopes to “fix” this issue by setting the price of medical care [6] — capping the cost of out-of-network care at median in-network rates.

In reality, these “reasonable” price controls would be anything but. They will cut deeply into the profit margins of hospitals, forcing them to reduce staff, eliminate services, or close entirely.

As a result, substantial shortages in medical care will arise. Wait times will explode, hospitals will become even more overcrowded, and doctors will become overwhelmed.

These are the exact consequences that socialist countries face after implementing a single payer plan. That shouldn’t come as a surprise, as LHCC represents everything wrong with single payer, just on a smaller scale. Instead of setting the price of all medical care, as single payer would do, this bill will price-fix out-of-network charges only.

But the other half of medical care — in-network — will undoubtedly receive seriously damage as well.

To push the all-so important median in-network price down, insurers will take high-quality care providers out of their network rolls. The American people will lose even more doctors than they have already from government red tape and mandates.

While it seems hard to make Sen. Elizabeth Warren (D-Mass.) [9] and Rep. Alexandria Ocasio-Cortez (D-N.Y.) [10] blush, Sen. Alexander must have gotten the job done with the introduction of this bill. Thanks to Republican leadership, an entirely government-run health care system will become that much more practical.

The LHCC is the nightmare created when one puts the government incompetence of Obamacare together with the skeevy world of milk-toast Republicans kowtowing to big corporations.

Sen. Alexander’s LHCC is just another step toward socialized medicine and the evisceration of personal freedom. If the bill is allowed to pass, America will get even closer to the nanny state that so many conservatives claim to detest.

Some Republicans in Washington seem to be paying back the “favors” that insurance industry lobbyists did for them during their campaigns by pushing the LHCC.

In the process, these Republicans are selling out their constituents and their principles to the insurance companies.

Sen. Alexander may not be the biggest RINO in the party today, but the LHCC is nevertheless one of the worst laws coming down the pike in Congress. And yes, that includes the utter insanity coming from the Democrat-controlled House [11].

Sen. Alexander’s LHCC is just another step toward socialized medicine and the evisceration of personal freedom. If the bill is allowed to pass, America will get even closer to the nanny state that so many conservatives claim to detest, in my view. It’s time to stand up.

Call your senator, congressperson, and GOP leadership now and demand that the LHCC be thrown out. Doing so might just save America’s health care from the government overreach that is destroying the U.S. capitalist system today.

Alex Cougar, M.D., holds a PhD in social science from Columbia University. He received a commendation from the president of the United States for his work in alternative medicine.