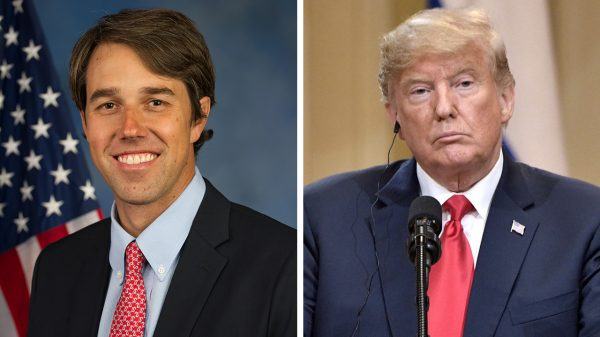 A gunman who opened fire in the wee hours of Sunday morning in a trendy entertainment district of Dayton, Ohio, killed at least nine people and wounded 26. Police reacted immediately and were able to fatally shoot the man before he caused any more carnage.

He apparently also had multiple magazines, according to multiple news outlets.

So if you went to bed on Saturday night mourning all those murdered and wounded in the El Paso, Texas, shooting early yesterday morning in and around a Walmart at a shopping center — you now have a second mass shooting to know about, absorb, and try to make sense of, somehow.

But the outrages keep piling up — because certain politicians are already blaming President Donald Trump and those who support him for somehow causing or contributing to these terrible acts of violence against innocent people.

On CNN’s “State of the Union” program  this morning, former Rep. Beto O’Rourke (D-Texas) outrageously declared, “These are white men [who committed these acts of violence] motivated by the kind of fear that this president traffics in … Let’s connect the dots here on what is happening and why it is happening.”

He added, “[We] have to rise up and stand against what” President Trump is doing.

O’Rourke also said, “This cannot be open for debate … He does not even pretend to respect our differences and to understand we are all created equal … He is an opened, avowed racist … This is incredibly dangerous to the United States.”

Related: The Kindness of Crowds: People Line Up in El Paso to Donate Blood to the Wounded [5]

And on Saturday, rather than focus on informing the public about the situation in El Paso, MSNBC’s Ali Velshi [6] chatted about the need for a war against “white” nationalism — by warning Americans that they were more likely to get attacked by white nationalists in this country than by Islamic terrorists.

There is far more to come on this issue — but for now, here is more information and reaction to what happened in Dayton and in El Paso, as of this morning.

Jake Tapper: Do you think President Trump is a white nationalist?

As our nation mourns the senseless loss of life in El Paso, Texas and Dayton, Ohio and prays for the victims and their loved ones, we must also raise our voices in rejection of these heinous and cowardly acts of hate, terror and violence.

President Trump on mass shooting attacks in El Paso and Dayton in the past 24 hours:

"The FBI, local and state law enforcement are working together"

"Law enforcement was very rapid in both instances"

Our country is under attack from white nationalist terrorism, inspiring murder on our soil and abetted by weak gun laws. If we are serious about national security, we must summon the courage to name and defeat this evil.