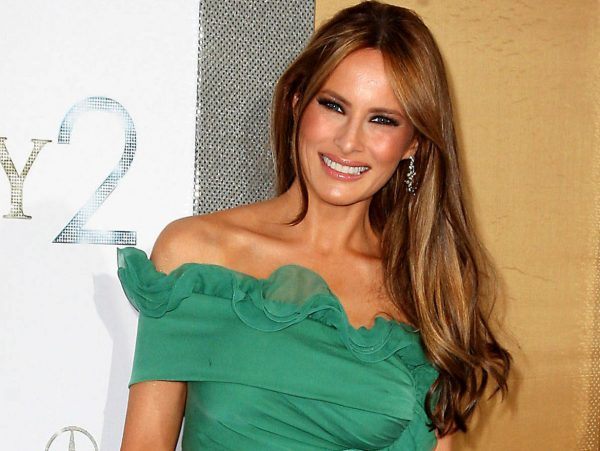 Davis is also the executive producer of the project, which will, according to Deadline, explore “history’s most impactful and world-changing decisions [that] have been hidden from view, made by America’s charismatic, complex and dynamic first ladies. The series will peel back the curtain on the personal and political lives of our most enigmatic heroes, with Season 1 focusing on Eleanor Roosevelt, Betty Ford and Michelle Obama.”

Notably missing from the drama, however, is America’s current first lady Melania Trump.

Her absence from the project seems to be a snub — even the Drudge Report picked up on the apparent bristle, running this headline: “SHOWTIME Snubs Melania with ‘First Ladies’ Drama …”

The series’ producers indicate the drama is supposed to examine the most important issues facing our nation — and the inner workings of the White House — through the female lens.

Related: Melania Trump Is the Victim of Internet Trolls and Others [1]

Why, then, would the writers not include Melania Trump — who has currently done a great deal to shape the direction of public discourse during her time as first lady?

It is likely, in our view, that Davis and other producers decided not to include Mrs. Trump because of the flagrant left-wing bias in Hollywood.

Despite the snubbing of Mrs. Trump, polls show she is in fact an incredibly popular first lady.

But if they portrayed her in a negative light — they would risk alienating conservative-leaning viewers.

Despite the snubbing of Mrs. Trump, polls show she is in fact an incredibly popular first lady. A YouGov poll conducted this summer [2] revealed Melania Trump is the third most admired woman in the entire country — behind only Michelle Obama [2] and Supreme Court Justice Ruth Bader Ginsburg. [3]

She’s popular in spite of the constant negative media coverage she receives — much of which revolves around her outfit choices and her reluctance to speak out against her husband on policy matters (as if the press would hold Michelle Obama to those same standards).

Ironically, the same YouGov poll showed that Hillary Clinton — one of the media’s most revered figures of the last few years — was far behind Melania Trump when it came to being admired.

She was down at eighth place.

It seems likely Showtime will receive some amount of blowback for not including Melania Trump in its upcoming drama.

This Objectivist [5] piece is used by permission.