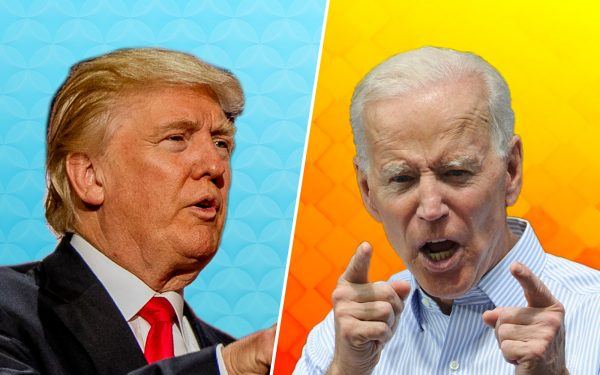 Speaking to reporters on Tuesday, presidential hopeful Joe Biden, the former vice president [1], claimed racism has “always been” an institutional part of America and called it “a white man’s problem.”

Biden has faced scrutiny for a congressional career that included support for segregation. [2]

He blamed a certain class of people for all of the racial problems in this country.

“White folks are the reason we have institutional racism,” he said.

“There has always been racism in America. White supremacists have always existed — they still exist,” he added.

“White folks are the reason we have institutional racism,” Biden said. “There has always been racism in America. White supremacists have always existed. They still exist.” https://t.co/O5BWV6cbdB [3]

But racism isn’t exclusive to any one race in America.

Biden, however, disagrees, citing a specious claim that hate crimes are on the rise during the era of Trump and saying his words “appeal to the worst damn instincts in human nature.”

“And we possess those instincts in human nature, and it’s overwhelmingly a white man’s problem visited on people of color,” Biden espoused.

This isn’t the first time Biden has blamed white men for all that ails the nation.

“No man has a right to chastise his woman with a rod thicker than the circumference of his thumb,” he said, referencing a phrase derived from English common law in the 1300s. “This is English jurisprudential culture, a white man’s culture.”

Perhaps portraying all white men in America as racist and misogynist is the byproduct of hiring a political strategist who thinks the Democrat Party “[doesn’t] need white people leading” them.

Senior adviser Symone Sanders, who was working for another “old white man” by the name of Bernie Sanders at the time, made the comments shortly after Donald Trump won the presidential election in November of 2016.

“In my opinion, we don’t need white people leading the Democratic Party right now,” she said as an institutional racist.

In addition to these race plays, Biden has asserted that Republican efforts to push for voter ID is because “they don’t want black folks voting.”

She now works for Biden, who — last we checked — is still also, like the people he says are all racists, a white man.

Aside from the segregation issues, Biden found himself in hot water earlier this month when he slipped up and insinuated [10] all minorities are poor.

The most prominent case of racism exposed – Joe Biden: “Poor kids are just as bright and just as talented as white kids.”pic.twitter.com/n3URqpqNgJ [11]

In addition to these race plays, Biden has asserted that Republican efforts to push for voter ID is because “they don’t want black folks voting.”

He also famously told a predominantly black crowd in Virginia that Republicans and Mitt Romney “wanted to put them all back in chains [13].”

Read more at ThePoliticalInsider.com:
Obama Returns to Politics with Initiative to ‘Favorably Position Democrats’ [15]
DC Woman’s Divorce Filing Blames Ilhan Omar for Breaking Up Her Marriage [16]
Elizabeth Warren Vows She Won’t Let Trump Get ‘Handsy’ with Her on Debate Stage [17]