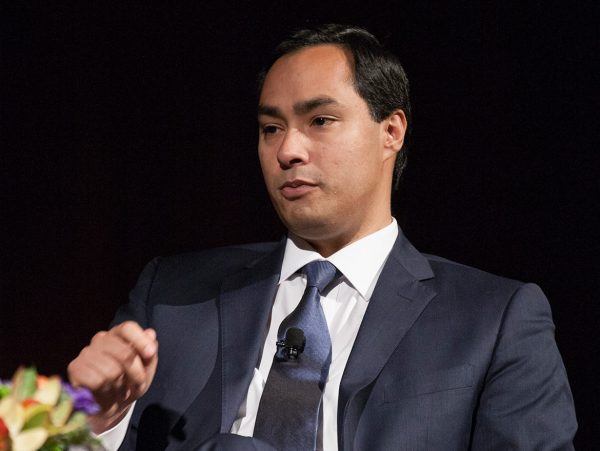 Why don’t these people understand that one’s place of employment and home address are not public information — nor is it legal to put those out there for public consumption?

After Castro released the list on Twitter, he later learned he outed one of his own donors from the San Antonio area.

Now, we are learning that he may in fact have alienated several more.

The Washington Examiner [2] reports that the list exposed at least three donors and possibly more who had helped Castro financially or his brother Julian Castro — a former Housing and Urban Development secretary and a current 2020 Democratic presidential candidate [3].

“A Washington Examiner review of Federal Elections Committee filings found three individuals on the list who gave $5,600 to Trump, the maximum available by law for the primary and general election, and Joaquin Castro, a congressman from San Antonio who also leads the presidential campaign of his brother, a former San Antonio mayor,” the outlet reported.

“Another three individuals on the list told the Washington Examiner that they supported Julián Castro’s mayoral campaigns. Julián Castro served as San Antonio mayor from 2009 to 2014, before being tapped as HUD secretary for the final two-and-a-half years of President Barack Obama’s administration.”

“The congressman’s approach left many of the San Antonio-area Trump donors on the list who gave to the Castro brothers angered and hurt.”

“It is just amazing to me that he would do that,” said William Greehey, a philanthropist and former CEO of Valero Energy, as the Examiner reported [2].

So Joaquin Castro names donors and employers in an attempt to have them shamed and harassed — and then accuses those he is outing of “fueling a campaign of hate.”

Where is the ethics committee to stomp all over this guy? Does he not realize he is supposed to represent all the people of his district?

Would the same Democrats who endorse Castro’s right to publish Trump donors also endorse the right to publish the names of those who exercised their right to get an abortion in the daily paper or online … or post their addresses or phone numbers?

What he did was as wrong as what Rep. Maxine Waters (D-Calif.) did in asking folks to go after members of Trump’s administration.

Because of the actions of this person and many more, this upcoming 2020 election may be the most important election in our American lives.

Castro’s move was reprehensible, in my view.

Now that we have a pretty good idea of who these people are and what they stand for, this upcoming 2020 election may be the most important election in our American lives.

My skin was absolutely crawling when I watched the Democratic debates.

Who are these people? What happened to them?

This piece by Wayne Dupree [4] originally appeared in The Political Insider [5] and is used by permission.