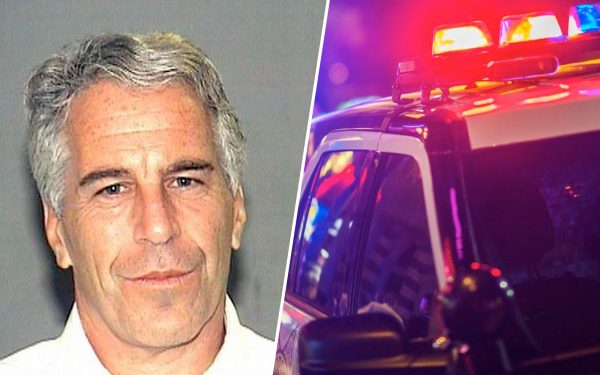 These are not people in the media saying this.

These are not conspiracy theorists saying this.

These are real people — everyday Americans, interested readers, people of all walks of life, Trump followers, Clinton followers and so many others — who are sharing their thoughts, their opinions, and their theories about what might have happened to Jeffrey Epstein, who was found dead early Saturday morning inside his Manhattan jail cell even after he’d been put on a suicide watch.

(ICYMI: The 66-year-old Epstein died [1] at the Metropolitan Correctional Center in New York City early on Saturday just weeks after he was arrested on multiple child sex-trafficking charges, as Fox News reported [2] today and as sources confirmed to the outlet. The initial call to the jail was cardiac arrest — but ABC News, which was the first to report the passing, said Epstein died by suicide. Epstein’s attorney Martin Weinberg told Fox News on Saturday that he could not “confirm the rumor” that his client had killed himself.)

As the story continues to circulate and other details and reactions emerge, here is what readers online and elsewhere are saying in their own words about the Epstein case.

Check these out — then see the thoughts of some prominent people below this list.

And please weigh in as well.

1.) “There is not one chance in hell that this was a suicide. I knew from the very beginning that those rich men in power who committed these atrocities would ‘never’ see justice. If he had testified, half of D.C. and half of Hollywood would have self-imploded. I guess the rich and powerful ‘can’ get away with anything.”

3.) “I worked as a medic in a jail. It’s almost impossible to commit suicide when you’re on suicide watch. Everyone knew this was coming.”

4.) “We need the video and the most meticulous autopsy ever performed.”

5.) “The investigation will not end! It’s just the beginning!”

6.) “The fact that he was allowed to die by any means is more evidence of a corrupt system. He should have been under the best care so he could be brought to justice.”

8.) “So the news is reporting that ‘a man that looked like Epstein’ was taken out on a stretcher and so on. Has no one picked up on this statement? So did they take the real Epstein out the back door and put a phony on the stretcher so he gets to live in a foreign country as a billionaire sex trafficker for the rest of his life? This is worthy of looking into.”

9.) “What was the under-over on how long he would last? Don’t be surprised if the guards on duty last night start disappearing or their cars just suddenly explode.”

10.) “The camera on the cell just happened to go off and [stayed] off for a period [of time]. No one can understand how that happened. LOL.”

11.) “So much for [a] so-called SUICIDE WATCH! Who was watching? The Three Stooges? Someone needs to be fired for dereliction of duty!”

12.) “All you can do is shake your head. This is preposterous. We have a completely corrupted system. There is no excuse for this. NONE.”

In addition to those and other reactions, here’s what former New York City Mayor Rudy Giuliani tweeted this morning:

What does the word suicide mean in the phrase suicide WATCH? Who was watching? Did they fall asleep? Did the camera malfunction? Was there camera surveillance? Who was he about to implicate? This is very questionable. Committing suicide on suicide watch doesnt happen.

Here’s what former Sen. Claire McCaskill (D-Mo.) tweeted this morning to her followers:

Something stinks to high heaven. How does someone on suicide watch hang himself with no intervention? Impossible. Unless…..

Here’s what Rep. Alexandria Ocasio-Cortez (D-N.Y.) shared with her followers:

We need answers. Lots of them.https://t.co/4DMckiZnVB [5]

And here are a few other postings on the developments as well:

Why was he taken off suicide watch? Hmmmmmmm… https://t.co/I8qNrTgPjL [9]

A guy who had information that would have destroyed rich and powerful men’s lives ends up dead in his jail cell. How predictably…Russian.

A statement from the Metropolitan Correctional Center said Epstein died of "an apparent suicide" and said the FBI was investigating the incident. https://t.co/0WO22Eg3MS [14] pic.twitter.com/8Gbn96NF1I [15]

It's unclear whether Jeffrey Epstein was on suicide watch before he was found dead in his cell Saturday morning. After an apparent attempt to take his own life 3 weeks ago, he would have been a prime candidate. https://t.co/xCmYmA7YkN [17]

This story has been updated.