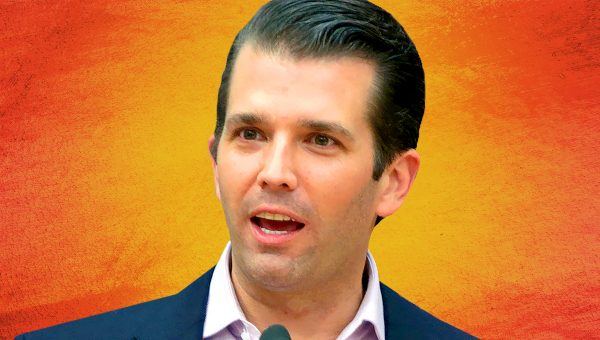 Castro published a list of 44 individuals and businesses in San Antonio who donated to President Donald Trump in 2019. He linked some of them to his tweet to bring them more notoriety — then accused them of “fueling a campaign of hate that labels Hispanic immigrants as ‘invaders.'”

Related: Trump to Survivors at Dayton Hospital: ‘You Had God Watching’ [2]

In other words, Castro was putting a target on their backs by pointing out their existence and political leanings to his liberal followers — and accusing them of being racists.

If we use the Left’s own insistence that words incite violence, then this is far and above anything Trump has done by calling out specific individuals.

“That list screams like the Dayton, Ohio, shooter’s list, right? When a radical left-wing politician who’s polling at zero percent does this for either attention or a call to action, it’s pretty scary.”

The Texas lawmaker serves as campaign chairman for his brother, the 2020 presidential hopeful Julian Castro.

The Dayton shooter was accused by former high school classmates of having a “list.”

Joaquin Castro is shamelessly defending the “target list” of @realDonaldTrump [3]’s supporters that he tweeted.

Not only is Castro a sitting Dem Congressman, he’s the chair of Congressional Hispanic Caucus.

Comparable? “Fox & Friends” host Ainsley Earhardt pointed out that Castro wasn’t saying “go and do something dangerous to these people — it’s completely different from that.”

Perhaps a little. But all Castro needs is one lunatic with an anger management issue — someone who genuinely believes these people are racists — to snap and use that as a guide to inflict his or her own perceived justice, in our view.

This is, after all, the same party that told us for weeks that any mention of minority women in Congress and their anti-American sentiments was a call to violence.

What would their reaction be if Trump Jr. or the president posted a list of AOC donors and accused them of “fueling a campaign of hate and anti-Americanism”? We’re guessing a new round of impeachment threats would crop up pretty swiftly.

“If someone on our campaign did that, it would be rough,” he correctly surmised.

This piece originally appeared in The Political Insider [6] and is used by permission.

Read more at ThePoliticalInsider.com:
Obama Criticized the President Over Shootings, Trump Just Took Him Apart [7]
AOC’s Chief of Staff Resigns, Under Federal Investigation – Did She Help Cover Up? [8]
This Hero Soldier Saved Lives in El Paso Thanks to His Training and Carry-Conceal Weapon [9]