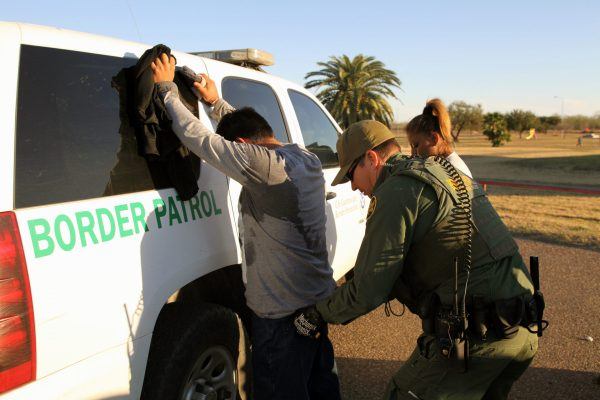 Mucarsel-Powell made the astounding assertion during a discussion on CNN about current immigration laws.

She appears to be dismissing the need for such laws or enforcement altogether.

“I don’t think we need to change the statute or the law. What we need to do — and reminding this president also — is focus on the rule of law,” she said during the interview.

But, Mucarsel-Powell added, “I do worry that maybe the debate is focusing too much on issues that are really not affecting American people.”

One has to wonder, in our view, if she’d be willing to share that point of view with Angel Moms and Angel Dads— who have lost children at the hands of illegal immigrants.

This isn’t the only controversial statement by Mucarsel-Powell on this very same topic.

Not by a long shot.

In the same interview, she claimed the federal government is imprisoning innocent children.

I cannot believe we are actually having a debate on whether it is okay to imprison children in this country. These attacks on immigrant communities like our South Florida community have to stop. #JusticeForOurChildren [4] #ForThePeople [5] @NewDay [6] pic.twitter.com/S5ro1tbpSD [7]

“I cannot believe that we are actually having a debate on whether it is OK to imprison children in this country,” Mucarsel-Powell said.

We’re not. Democrats don’t seem to understand that it’s the criminal illegal alien parents who are responsible — and that securing the border would actually benefit these children and their safety.

Related: Dan Crenshaw to Laura Ingraham: Those on the Left Are ‘Triggered Constantly’ [1]

Mucarsel-Powell must really be trying to make a name for herself in the modern-day Democrat Party.

Aside from the aforementioned comments, she claimed just a few days ago that Border Patrol agents are racist.

“For many, being a person of color means constantly having to prove legal status,” she said. “It means the smallest error in forgetting your ID could get you thrown in a detention center and separated from your family.”

Those comments came shortly after a Miami Herald [9] report revealed that Border Patrol officials were checking the legal status of commuters at some South Florida Greyhound stations.

Read more at ThePoliticalInsider.com:
Rashida Tlaib Attacks Detroit Police’s Facial Recognition Tool and They Responded [11]
Democratic Aide Slams Ocasio-Cortez: ‘She Has No Plans to Serve the People’ [12]
Rush Limbaugh Predicts How the Left Will Go After Trump Next [13]