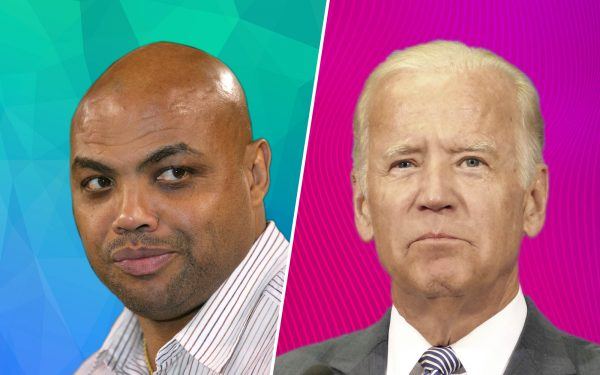 Former NBA star Charles Barkley [1] blasted the Democratic Party after Tuesday night’s debates, saying they have not done much to help most black Americans.

The former Phoenix Suns star sat in the audience during the presidential debate on Tuesday, but was not impressed with what he saw.

Barkley told the media that “every black person I know has always voted Democratic” — but most are “still poor” despite those votes.

Barkley also slammed Democrats for ignoring people of color, saying, as Yahoo News reported, “It’s an economic thing, and that’s what both parties have been neglecting, especially the Democratic Party.”

“Every black person I know has always voted Democratic, and with the exception of a few guys who can play sports, all those people are still poor,” Barkley continued.

Related: Joe Biden Played One Role in the Debate on Wednesday Night: Punching Bag for the Others [2]

Barkley, currently a TNT commentator, also mentioned that he said the same thing back in 2017 — and that nothing has changed.

Barkley said both parties “suck” at doing anything for black voters.

“I think all politicians take black folks for granted. They talk to black folks every four years, and that’s about it, and then do nothing about it.”

“Both parties suck in that aspect,” he added.

Barkley thought the debates this week were poorly planned; he didn’t like the format.

“You can’t really judge anybody by seeing them on television, especially when you’ve got 20 people. Nobody gets a word in edgewise. That’s really unfortunate,” he said.

Barkley thought TNT would do a better job with the debates than CNN did.

Related: Is Trump Right That Biden Will ‘Limp’ Over the Finish Line and Battle Him in 2020? [5]

The NBA legend said the candidates he was leaning toward supporting include either former Obama Cabinet official  Julian Castro or Mayor Pete Buttigieg of South Bend, Indiana.

He also said he was tired of Democrats constantly trying to paint President Donald Trump [6] as a racist.

“‘I’m leery of calling people ‘racist.’ He says some things that can be construed as ‘racist.’ Some things he’s said are very wrong and flagrant,” Barkley said.

Barkley is a respected voice within the black community and he is absolutely right, in our view: After decades of strong support for the Democratic Party, black Americans have not been elevated.

They have been promised the moon — but that party never delivers.

Republicans would be smart to try to appeal to black voters with a message that isn’t about giving away free stuff.

Barkley has said more than once now that the Democratic Party has failed black Americans. Maybe, if we’re lucky, that party will start listening.