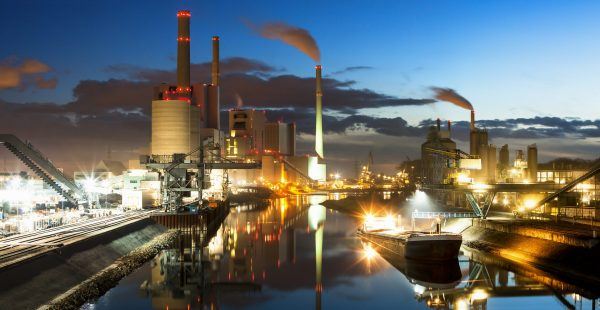 As the 2020 election draws closer [1], a number of candidates are calling for restrictive policies on the use of fossil fuels in the United States. Their overriding goal is to limit carbon dioxide (CO2) emissions — which they see as the primary driver of rising surface temperatures over the past century.

Related: The ‘Inconvenient’ Facts About Global Warming That Al Gore Does Not Want You to Know [2]

They believe that, by limiting CO2 emissions in the United States, they can help to arrest or halt the current worldwide warming trend. And their primary target is the fleet of coal-fired power plants that have anchored U.S. electricity generation for more than a century.

But how practical is this? And do America’s industrial CO2 emissions factor that heavily into overall global warming trends?

America’s coal fleet, for starters, has invested more than $127 billion [3] to incorporate scrubbing mechanisms that reduce exhaust emissions by 92 percent per kilowatt-hour of electricity generated. And, according to the Energy Information Administration (EIA), while coal still produces roughly 27 percent of total U.S. electricity, it’s only the third largest source of energy-related CO2 emissions in the U.S. economy.

Coal accounts for 26 percent of CO2 emissions — lagging behind both transportation (45 percent) and natural gas (29 percent).

Despite this, critics would like to rapidly eliminate coal-fired power in the U.S. But that would invite some troubling consequences. As the state of Texas recently learned, a rapid shift from sturdy, baseload coal plants to the variable output of weather-dependent wind turbines can lead to power shortages [4] during peak demand.

But how does coal stack up in terms of global CO2 production? In 2018, America’s coal fleet emitted 1.15 billion metric tons of CO2 [5]. In contrast, global anthropogenic greenhouse gas (GHG) emissions were estimated to be 49 billion tons.

That means the U.S. coal fleet is responsible for a scant 2 percent of worldwide CO2 emissions.

That’s a good thing — since it means saving lives and raising living standards in countries that have previously suffered higher mortality rates.

China’s increase, in fact, was greater than all of the combined CO2 emissions from every U.S. state, except Texas and California.

But replacing these coal plants with a vast array of wind turbines would cost an estimated $169 billion. And there’s no telling how reliable these new wind installations would be — since turbines require a strong, steady flow of wind to achieve their rated capacity.

However, extremely cold weather, windless conditions, or heavy gusts could render them inoperative.

Related: Why a Green New Deal Is No Bargain at All [7]

As such, calls to completely eliminate coal are unrealistic.

This could be game-changing, since a 1-2 percent increase in the efficiency of a coal plant results in a 2-3 percent decrease in CO2 emissions.

As the global population seeks realistic means to bring electrification to populations in need, and to make practical cuts in CO2 emissions, advanced coal systems will fill an important role. It’s simply unrealistic to casually dismiss the benefits of robust, affordable energy for millions of people.

Terry M. Jarrett is an energy attorney and consultant who has served on both the board of the National Association of Regulatory Utility Commissioners and the Missouri Public Service Commission. He contributes regularly to LeadingLightEnergy.com.