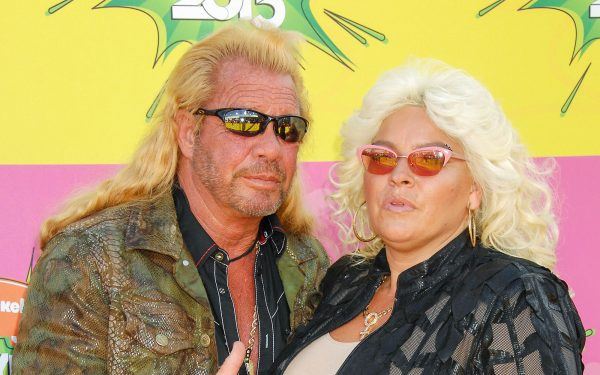 Duane “Dog” Chapman, the reality TV star and an American original, last week called on the person who broke into his Colorado business [1] and ripped off merchandise and items belonging to his late wife, Beth Chapman, to turn himself in to authorities.

“The official Dog and Beth merchandise store was robbed on Thursday,” Chapman said in a statement a week ago, which Fox News [2] obtained. “Not only did the thieves take thousands of dollars [worth] of clothing, these criminals took priceless personal belongings of our beloved Beth, including tributes to her [that were] kindly left by our amazing fans.”

“We are working with our friends in law enforcement to find these perpetrators and are offering a cash reward to anyone who provides information about their identity,” he also declared. “To whoever did this, you better watch out. Dog is coming for you.”

Beth Chapman passed away in June at the age of 51 after a long fight with cancer. Chapman held a press conference this week and sent an unmistakable message to the thief.

“It’s important for me to be here because it’s our building. It was actually my wife’s,” he said as he stood outside [1] the Edgewater Police Department in Colorado.

“My message to the guy is, if you turn yourself in [within] the next 48 hours, I will not press charges. I will try to get you probation, a job … ’cause me and you got a special connection now.”

If the robber or robbers decide to remain in hiding, however — things won’t go so well, Chapman made clear.

“But if you don’t, there will be no mercy,” Chapman announced. “I am not O.J. Simpson, so I’m not going to do this myself … I’ve been across the nation, capturing fugitives — and Colorado, especially this county, is one of the greatest, and [has] some of the best cops in the country. They work overtime without getting paid, and they do a lot of stuff without getting paid.”

“They’ve already got some good leads — some really, really good leads,” he said.

See the video below of his press conference.

He trusts the local police department, he added, because God told him he should.

“One thing I’m confident in is I believe a lot in the Bible, and the Bible says, ‘When you steal from the dead, that’s an unforgettable sin,” he explained.

“I’ve trusted these cops for 35 years. And I keep hearing God tell me, ‘Put your faith in the cops.'”

“So not only I and the police officers here are looking — but so is God.”

“This is not a horrendous crime [compared to other horrible scenarios], but this hits home pretty bad … It’s very sad,” he said.

Chapman, who is 66 and was born in Denver, also noted that he and his wife had recently canceled their insurance for the business because they had plans to move from that location.

He added, “I’m half Apache so I cry a lot … So I cried [about what happened] … I’ve trusted these cops for 35 years. And I keep hearing God tell me, ‘Put your faith in the cops and don’t do nothing yourself.'”

Beth Chapman was diagnosed with throat cancer in September 2017. Surgery to remove a tumor lasted 13 hours, but her cancer returned in November 2018, as Faithwire [4] reported. “Although her battle was intense, it did not shake her faith.”

“This is the ultimate test of faith,” she said before she passed, as Faithwire [4] also noted. “It is the evidence of things hoped for and it is the substance of things not known … When I am surrounded with troubles on every side, and when I face persecution, because of my love for Christ, I am made yet stronger now.”

The Bible says it is an unforgivable sin to steal from the dead
LARGE CASH REWARD FOR ANY INFORMATION FIR WHO IS RESPONSIBLE FOR THIS !!! https://t.co/TEUKHjOkvH [5]

Photos of the suspect involved in the burglary at Dog the Bounty Hunter's store in Edgewater, CO: https://t.co/39jF1dTNht [7]

Please contact the Edgewater Police Department at
303-980-7300 if you can provide any suspect information.