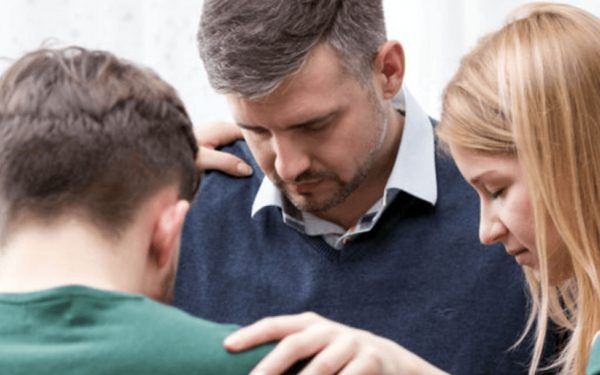 I’ve been doing a lot of interviews lately in conjunction with my new book and the launch of a new era of Promise Keepers [1].

A lot of the questions are the same — but every now and then a question takes me by surprise, as one did the other day. And that’s when I answer from my heart more than my head.

This was the question I was asked recently: “Why is it that you have such a heart for men’s issues that you’re bringing Promise Keepers back?”

The answer welled up within me. I couldn’t respond any other way.

Women and children are the ones who suffer when men are messed up. If it’s true that 70 percent of men in the church look at pornography twice a week or more, then who are our daughters supposed to marry?

How are we supposed to expect men to treat women with respect as their partners — unless we change the hearts of men?

Related: Husbands, Fathers, Leaders: Why Men Must Protect and Defend Their Families [2]

What I saw in my days as a Los Angeles Police Department street cop in South Central is that almost all the problems in this world come from the pride and the greed of men.

Calling men to be men isn’t chauvinistic or somehow against women, although it is countercultural and controversial. But it is a fact that when men check out of their families, women suffer the most.

And so do their children.

Children raised without their fathers are:

Look at all the ministries that are fighting sex trafficking in the world. They’re all very, very, very important.

But every one of them is fighting a war that cannot be won by only attacking the supply side of the issue.

Related: The Best Dads Don’t Need a Solution to Every Problem [5]

And for every girl rescued from the horrific world of slavery, traffickers will enslave 100 more.

But if we can change the hearts of men, we change the demand side. When we attack supply and demand — then we defeat this evil.

There’s a desperation in America, as I see it. Too many men are becoming too passive. Many of them are obsessed with video games, sports, and pornography — and it’s women and children who are suffering.

Related: It’s Not Too Late to Save Our Country [6]

But when a man is a man and keeps his promises, those around him are cared for and provided for, as I see it.

Real men never do anything solely for their own benefit. But they’ll swim shark-infested waters for those who count on them.

That’s what a man is — being a leader, being courageous and stepping into the fight, cherishing our wives and families, and being unshakable in our commitment to making the world a better place.

It’s urgent today for men to come back to the basics of what it takes to be a man and what it means to be a man of God. That’s what Promise Keepers is about. That’s our mission, to help men understand who they’re called to be.

And when men understand that — it will change the world.

Ken Harrison [7] is CEO and chairman of Promise Keepers [8]. Founded in 1990 by coach Bill McCartney, Promise Keepers was one of the largest Christ-centered movements; today, Promise Keepers is calling men back to bold servant leadership as change makers for their families, churches and communities. Harrison is also CEO of WaterStone, a Christian Community Foundation that oversees donations of millions of dollars a month to build God’s kingdom. After starting his career as an LAPD street cop in South Central, he spent nearly two decades in commercial real estate. Married and the father of three, Harrison has a new book, “The Rise of the Servant Kings: What the Bible Says About Being a Man.” [9]