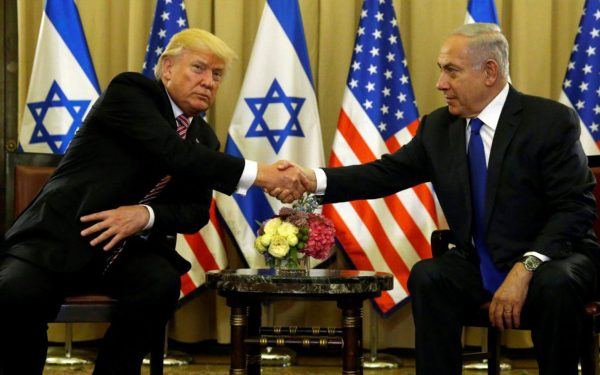 Perhaps this is why President Donald Trump declared that when it comes to Rep. Rashida Tlaib (D-Mich.), we’re not dealing with “a sane person [1].”

In a blow to Tlaib and her fellow “squad” member, Rep. Ilhan Omar (D-Minn.) — a pair of rabid anti-Semites, in our view — the House of Representatives voted overwhelmingly to oppose a resolution supporting the pro-Palestinian Boycott, Divestment and Sanctions (BDS) movement.

The movement seeks to target U.S. companies that do business with Israel.

Related: Why the Liberal Squad Members Are All One-Term Congresswomen [2]

Tlaib vociferously denounced the vote to oppose the resolution, comparing Israel to, among other things, Nazi Germany.

She said there is a “right to boycott” our Jewish allies.

As an example, she noted, “Americans boycotted Nazi Germany in response to dehumanization, imprisonment, and genocide of Jewish people.”

Tlaib also went on to blast Israel, saying that as the “daughter of Palestinian immigrants,” she despises restrictions on the right to “boycott the racist policies of the government and state of Israel.”

In a bipartisan effort [6], the House overwhelmingly rejected Tlaib and Omar’s resolution, greenlighting the opposition by a vote of 398-17.

Rep. Alexandria Ocasio-Cortez (D-N.Y.) also joined her colleagues as one of the few votes against the resolution.

Inspired by Omar. To be fair, Tlaib did not come up with the “Israel = Nazi Germany” comparison all on her own.

In the text of Omar’s pro-BDS resolution itself, she actually made the same comparison.

“Whereas Americans of conscience have a proud history of participating in boycotts to advocate for human rights abroad …” the resolution says in part.

Example number two states, “Boycotting Nazi Germany from March 1933 to October 1941 in response to the dehumanization of the Jewish people in the lead-up to the Holocaust.”

Illinois Rep. Brad Schneider recently declared that boycotting Israel is anti-Semitic [7], though he declined to call the congresswomen behind the effort themselves anti-Semitic.

That’s quite all right, since House Speaker Nancy Pelosi (D-Calif.) herself described Omar and Tlaib’s movement as “bigoted” and “dangerous.”

“We must also be vigilant against bigoted or dangerous ideologies masquerading as policy, and that includes BDS,” she said. [8]

“I simply declare — to be anti-Semitic is to be anti-American. It has no place in our country.”

It’s good to see that Pelosi agrees with President Trump that the squad’s hatred for America and its allies has no place in this country [9].